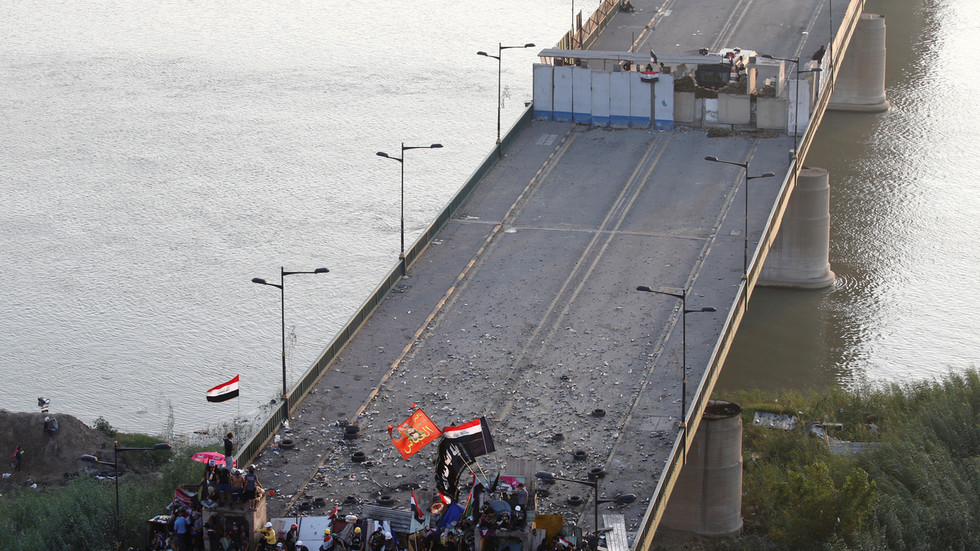 A rocket has struck a checkpoint inside Baghdad’s Green Zone, killing one Iraqi soldier and injuring another, Iraq’s security forces have confirmed. It struck some 50 meters from the gates to the US Embassy, media reports say.

Two rockets were reportedly fired into the heavily fortified Green Zone area of Baghdad on Wednesday night. Iraqi military sources confirmed one soldier was killed and another wounded, but did not elaborate.

Some media reports indicated, however, that the area was targeted by mortar fire.

The Green Zone is a walled-off district in the heart of the Iraqi capital where government buildings and foreign missions operate.

#Breaking 1 Iraqi soldier killed and 5 wounded with a rocket attack falling on a checkpoint 50 meters away near the U.S embassy in Baghdad , exclusive picture moments ago, soldiers belong to the special brigade tasked with protecting the Green zone , all confirmed #Baghdad #Iraq pic.twitter.com/0lkkgGDUyB

Earlier this week, several rockets hit Camp Taji, a US military base 27km north of Baghdad, where US troops are stationed. No casualties were reported.

The heavily guarded Green Zone has become the prime target of the violent protests that have been rocking the Iraqi capital for four weeks already. The mass protests, brought about by the multiple social issues that have plagued the country after two decades of endless conflicts, as well as by alleged high-profile corruption, have left dozens of people dead. The attempts to curb the unrest by force – including the deployment of the elite counter-terrorism units and the declaration of a curfew, have, so far, failed to stop the protests.