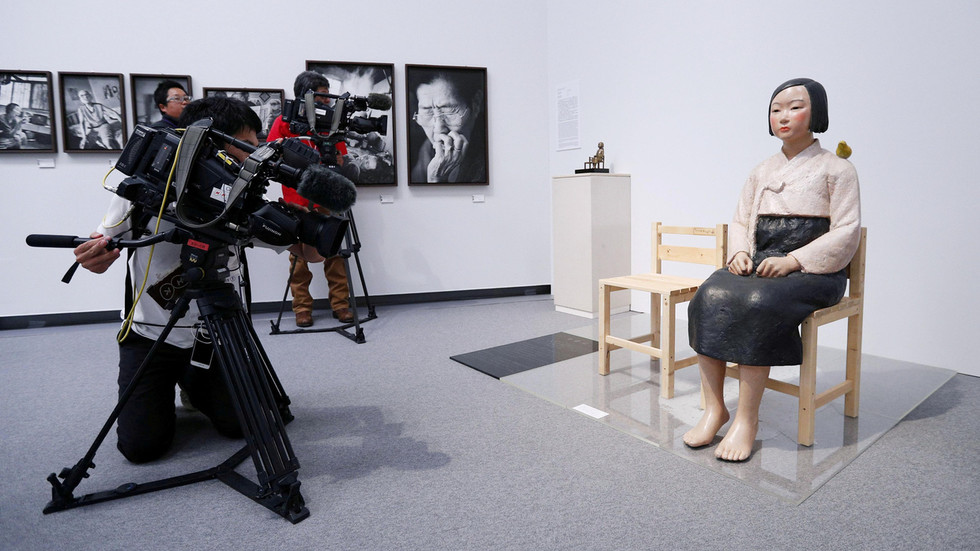 A film festival in Japan has dropped a film about the WWII-era sexual exploitation of Korean women, a highly sensitive topic. It’s a sign of increasing censorship of views that the government doesn’t like, its director told RT.

“I am concerned that it might become something that continues to happen and future films and future artwork may be censored if they don’t align with the government’s views on certain issues,” Miki Dezaki said.

‘Comfort women’ is a term used to describe tens of thousands of women who were recruited to provide sexual services to the Imperial Japanese forces. While done mostly by private procurers, it was often coercive and done by demand of the Japanese command. Many of the women were harshly abused by the soldiers and died from the injuries and inhumane living conditions in the brothels.

The topic has been a point of bitter contention between Japan and the countries where the recruitments happened, primarily South Korea. Many people in Japan believe their country was taken advantage of and forced to apologize and pay compensation for things that were mischaracterized and blown out of proportion by critics. They refuse to see comfort women as victims of sex trafficking and question the scale of the atrocities and Japan’s responsibility for them.

The documentary, which was barred from screening at the Shin-yuri Film Festival in Kawasaki, explores opposing views on the topic in modern Japan. The organizers decided to pull it from the program due to a legal complaint by some of the people interviewed for the film who said they didn’t agree to be featured in a commercial film.

Dezaki, a Japanese-American filmmaker, says the complaint is basically a nuisance legal action, which would have boosted interest in the film if it had been filed in the US, but had the opposite effect in Japan due to cultural differences. He also dismissed concerns about security risks, which festival head Shuji Nakayama voiced, saying 50 private theaters have screened his documentary in Japan without any incidents.

The director says the situation is symptomatic of Japan’s overall trend of walking back from its anti-militaristic policies of the past decades.

“The 1990s Japan and today’s Japan are very, very different. Part of that difference is that in the 1990s, Japan was apologetic, but since [then] it has basically undermined every single apology that they had given,” Dezaki said.