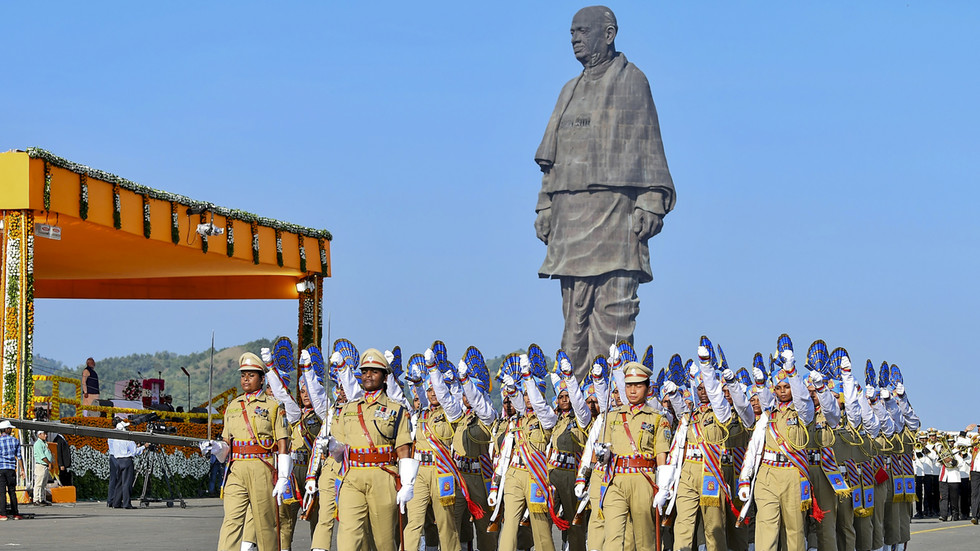 The Indian-ruled part of disputed Kashmir was split into two parts, with its long-lasting self-governing status officially extinguished. Prime Minister Narendra Modi promised the move will usher in a new “age of stability.”

On Thursday, India’s Muslim-majority state of Jammu and Kashmir (J&K) was officially split into two new union territories – Jammu and Kashmir in the west, and Ladakh in the east. Their newly-appointed lieutenant governors have been sworn in office in Srinagar and Leh, respectively.

Having become union territories, each entity is now directly ruled by the central government in New Delhi, as opposed to states that have autonomy in internal affairs. Citizens from all across India have gained the right to own property – and to hold public office – in Kashmir. Until today only natives had enjoyed these privileges.

Addressing a crowd in front of the colossal statue of revered statesman Sardar Patel in Gujarat, Prime Minister Narendra Modi announced that Jammu & Kashmir and Ladakh “are taking a step towards a new future.”

In early August, India revoked the decades-old Article 370 of its constitution, which guaranteed Kashmir’s self-governing status. Modi said the article acted as “an artificial wall” between the region and the rest of the country. He said the reorganization will help fight Islamic insurgent groups, propel economic growth and bring about “a new age of political stability” in the region.

In three decades, over 40,000 people lost their lives due to terrorism in J&K [under] Article 370. How long could the country witness the deaths of so many innocent people? The wall has been broken down, and Sardar Patel’s dream has come true.

Modi promised that there will no religious discrimination, while at the same time the government will help to build new roads, railways, hospitals and colleges in the area.

The scrapping of Kashmir’s autonomy was heavily criticized by India’s neighbor and arch-rival, Pakistan, which claims the whole of Kashmir as its territory.

The dispute over Kashmir has led to three wars between India and Pakistan since the 1940s, as well as several smaller skirmishes. Cross-border shelling often occurs along the Line of Control (LoC) in the region, with each side generally blaming the other.