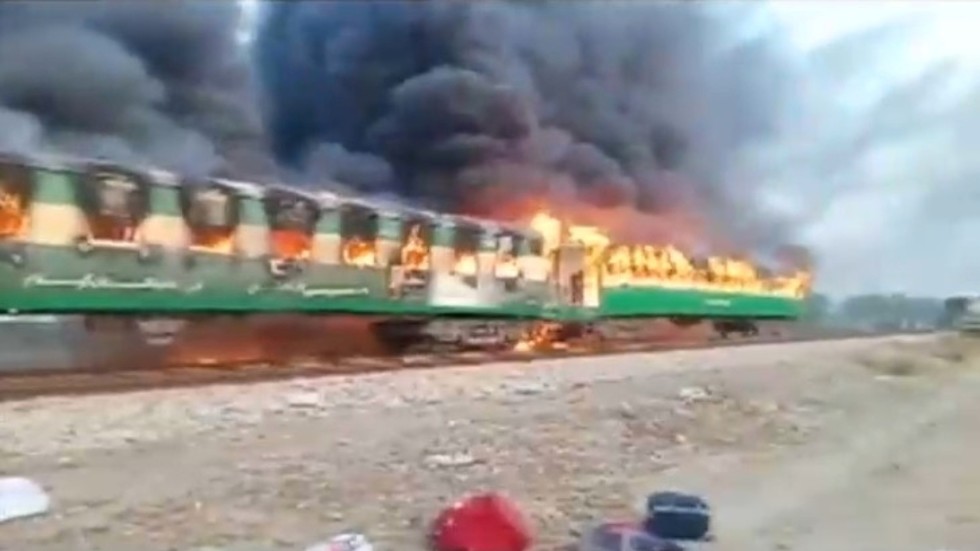 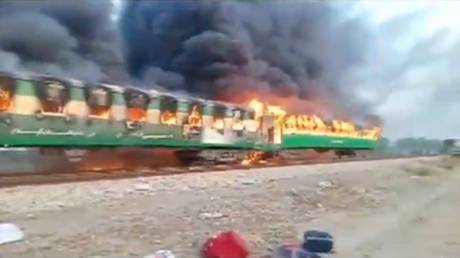 Passengers leaped to their death, trying to escape the raging fire, which devoured several train cars in eastern Pakistan, killing at least 65 people.

The packed train was traveling from Karachi to the city of Rawalpindi in eastern Punjab province when a gas cylinder blew up inside.

The cylinder was booked by a group of passengers who were using it to boil eggs on a gas stove when the blast happened. Cooking oil added fuel to the blaze, which spread rapidly, completely burning three cars.

Firefighters were deployed to the site, and military helicopters were flown in to airlift the injured.

At least 65 people perished in the incident. “Most deaths occurred from people jumping off the train,” Railways Minister Sheikh Rasheed Ahmad said. The bodies of those left inside were charred beyond recognition.