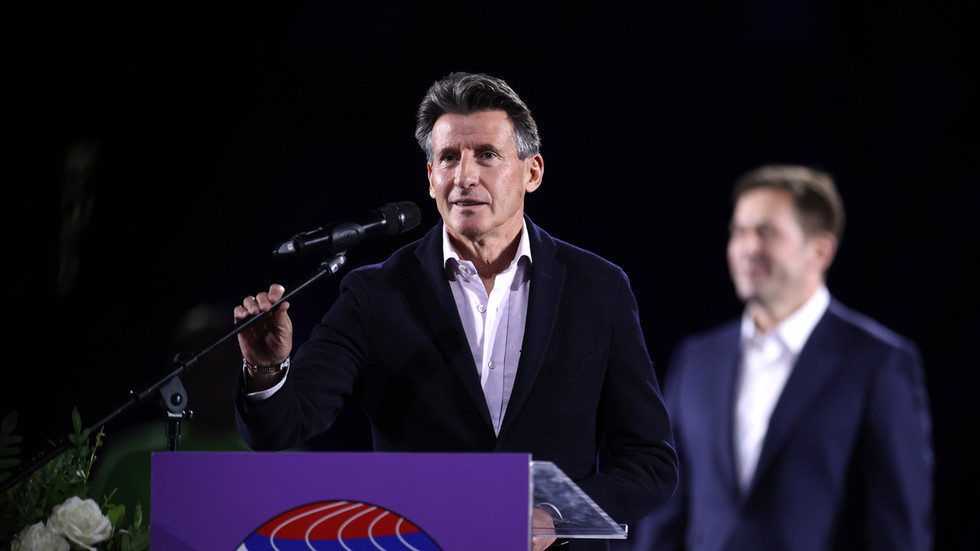 The World Athletics chief said that fairness is ‘non-negotiable’

On Sunday in Budapest, where the World Championships are currently taking place, members of global swimming authority FINA voted to stop trans athletes from featuring in top-level women’s races if they have gone through any stage of male puberty.

Simultaneously, plans to form a special ‘open’ category for those whose current gender identity differs to their birth sex were also revealed.

“We see an international federation asserting its primacy in setting rules, regulations, and policies that are in the best interest of its sport,” he explained to BBC Sport, which for Coe is “as it should be.”

“We have always believed that biology trumps gender and we will continue to review our regulations in line with this. We will follow the science,” he vowed.

Coe said that World Athletics continues to study, research, and contribute to the “growing body of evidence that testosterone is a key determinant in performance” while having scheduled a discussion on its regulations with its council for the end of the year.

“We’ve always tried to find a navigable way through. We haven’t wanted to stigmatize,” insisted Coe, who was present in Budapest as a Fina guest when the new ruling was determined at an extraordinary congress.

“But when push comes to shove, if it’s a judgment between inclusion and fairness, we will always fall down on the side of fairness – that for me is non-negotiable,” two-time Olympic gold medalist Coe stressed.

Coe went on to say that the integrity of women’s sport was “really, really important,” as a generation of young girls cannot be left to think that there is no future for them in sport.

Because of this, Coe believes there is a vital responsibility to maintain the primacy and integrity of female competition, which is why World Athletics is at the forefront of tabling regulations to allow as close a level playing field as possible.

“Those regulations are always under review… if there are events, distances, or disciplines that we think are being unfairly impacted we will of course look at those again in the light of the science,” Coe said.

Furthermore, it doubled the period of time a transgender rider needs to wait to compete in female competition from one to two years just days ahead of FINA’s action.

On Coe’s watch, World Athletics has already brought in its own rules capping testosterone levels at 5nmol/L for transgender athletes and competitors with differences in sex development for some women’s running events.

If the body was to follow Fina, Coe would find support from UK sports and culture minister Nadine Dorries who said it is “just unacceptable that trans women compete in women’s sport”.

No one is banned from sport but fairness must come first. pic.twitter.com/MtgARR93y1

Discussing transgender participation in female events on LBC Radio shortly after the results of Fina’s members’ vote were made public, Dorries said she had been of the opinion that Fina came to “for a long time” and revealed she has discussed the topic within her own department while establishing a policy.

Dorries added that she will encourage other sports to do the same, with the all of the UK’s sports governing bodies “about to have a roundtable [meeting]”.

When sharing the news of Fina’s ruling in a tweet, Dorries congrulated the authority and said it was the “right and sensible decision”.

“Fairness must always take precedence over inclusion and should be unequivocal. [And it’s] also important that trans women should be able to compete in their own class,” Dorries added.

FINA’s new policy comes at a time when transgender participation in women’s sport is a hot topic that has further intensified with the blinding success of former University of Pennsylvania swimmer Lia Thomas in college competitions.

As things stand, Thomas, who competed on UPenn’s men’s team until 2019, is blocked from taking part in the female category at the Paris 2024 Olympics, which she has previously shown an interest in.