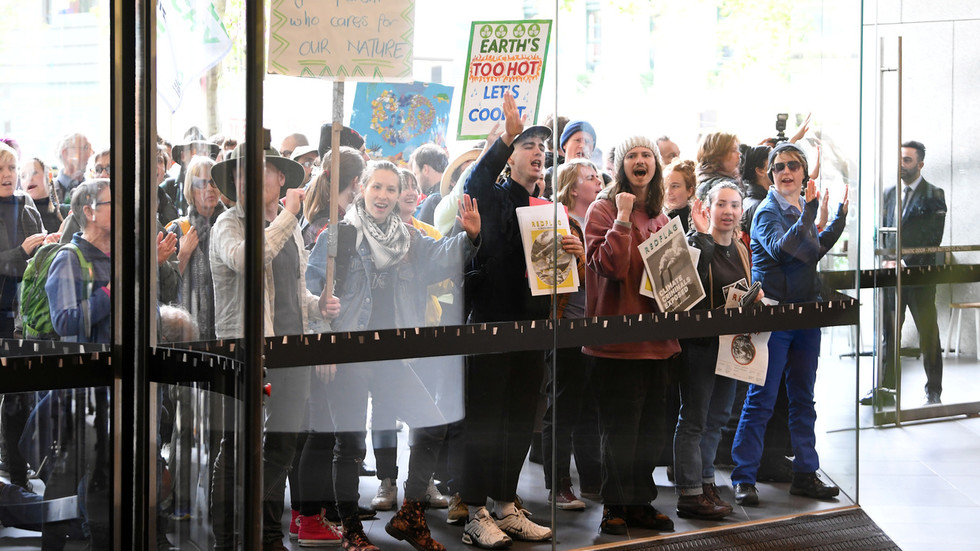 Progressives and environmental activists who take “indulgent and selfish” action aimed at creating economic damage to businesses they don’t like could face new penalties under a bold move announced by Australian PM Scott Morrison.

Scott Morrison, the Australian prime minister could be the first Western leader to call out the new-style radical activists on the economic damage their “indulgent and selfish” actions cause, and in doing so has stirred up a hornet’s nest.

Speaking to the Queensland Resources Council in the northern Australian state today he revived talk of penalising environmental and other activist groups for targeting businesses who provide services to the resource industry, in what is known as secondary boycotting.

Morrison said that progressives were looking to tell Australians, “what you can say, what you can think and tax you more for the privilege of all those instructions.”

He went on, “Apocalyptic in tone, it brooks no compromise. It’s all or nothing. Alternative views are not permitted.”

“Environmental groups,” he said, “are targeting businesses and firms who provide goods or services to firms they don’t like, especially in the resources sector.”

“We are working to identify mechanisms that can successfully outlaw these indulgent and selfish practices that threaten the livelihoods of fellow Australians, especially in rural and regional areas, and especially here in Queensland.”

Morrison’s speech resonates particularly in Queensland because it relies heavily on its natural resources investment. Mining activity accounted for 11.8 percent of its GDP in 2017-18, a total of $AUD 38 billion.

The liberal Guardian Australia led the charge against the PM, claiming his comments were “overhyped, high-velocity bollocks,” unwittingly reinforcing Morrison’s stated view as they did so.

They reported that the Human Rights Law Centre and Australian Conservation Foundation, and the Greens considered the proposal as “undemocratic” and “totalitarian.”

For Australians, what Morrison is suggesting is nothing new. Legislation to prevent protesters Down Under using secondary boycotts has been a hot topic for nearly ten years, particularly since the rise of Twitter and other social media.

Back in 2011, the activist group Get Up tried to organise a boycott of companies that were members of the Australian Food and Grocery Council, a body which had said the then-Labour Prime Minister Julia Gillard’s carbon tax would increase manufacturing costs.

The same year, a number of Israeli-owned chocolate shops in Melbourne were boycotted by protesters and 19 people were arrested as they objected to events between Israel and Palestine. This is a classic secondary boycott – punishing the chocolate store by punishing its consumers and suppliers.

In the old, heavily-regulated Australian labour market, secondary boycotts often took the form of sympathy strikes. This would see unions in other companies down tools in solidarity with aggrieved comrades. Nowadays, however, sympathy strikes in Australia are outlawed and workers who engage in them are exposed to huge potential penalties and damages claims.

Legislation was passed under the Competition and Consumer Act which prevents targeting one business in order to prevent the provision of goods and services to another. Exceptions, however, are allowed if the dominant purpose is environmental or consumer protection.

Writing for the state-run ABC news outlet in 2013, academic Chris Berg put his finger on the problem, saying, “People get very agitated by secondary boycotts. You can understand why. They’re indirect. They’re often pretty unfair – secondary boycotts, particularly in the age of social media, can be poorly thought-through, arbitrary, and capricious.”

The question Morrison has raised is whether this activism – arbitrary and capricious by nature – has now gone too far. Speaking on radio before his speech he said, “It not OK for environmental, well, they’re anarchist groups … to be able to disrupt people’s jobs, their livelihoods, to harass people as we saw down in Melbourne.”