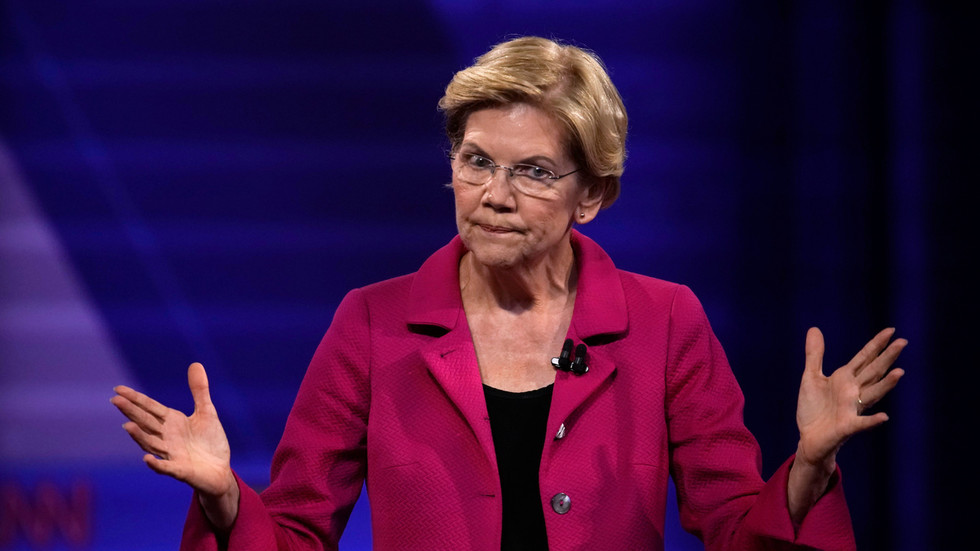 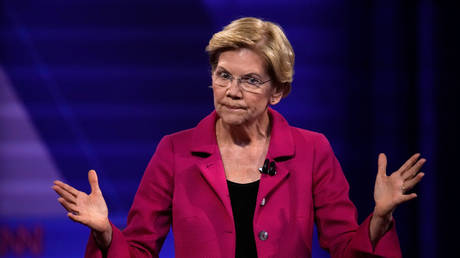 Democratic 2020 hopeful Elizabeth Warren can’t seem to make up her mind on the correct course for big tech, first attacking Facebook’s ad policies as too lax, then Twitter’s as too strict. Perhaps they should make her CEO.

Senator Warren (D-Massachusetts), who has vowed to break up tech giants she deems too large or powerful, took to Twitter on Tuesday to denounce the platform’s upcoming policy change banning all political ads, arguing the new rule helps the spread of misinformation about climate change.

In October, however, Warren condemned Facebook CEO Mark Zuckerberg for the opposite reason, arguing that Facebook’s approach to political ads is too hands-off, and ought to do more to police content. Some found her arguments confusing, to say the least.

While it’s not exactly clear what level of scrutiny the senator would prefer social media firms give to political content, many online were quick to spot the apparent contradiction, observing that Warren effectively got what she asked for.

Oh no, who could have seen this coming?!

You demand these big tech companies police speech then get mad when they do?

WHY DONT THEY LEARN https://t.co/aBxyCtisPM

"I got what I asked for?!" pic.twitter.com/o8yDaLwwFy

Twitter CEO Jack Dorsey also weighed in, informing Warren that the company’s new ad policy would not take effect until later this month, telling the senator to hold her horses, in so many words.

“We haven’t announced our new rules yet. They come out 11/15. Taking all this into consideration,” Dorsey replied.

Other commenters charged hypocrisy, arguing that if Warren had her way, social media companies would only permit messages that match her own progressive worldview.

“Listen… when we said that political ads should be banned, I didn’t mean ones that I like or believe. Can you just target the other sides’?”

Exactly those who criticize Facebook but applaud twitter over their policies are naive. Selective banning will never be good enough for Warren (and others)

Sensing a different form of hypocrisy, critics also emerged from the senator’s own base of liberal supporters, many up in arms that Warren passed up an opportunity to endorse President Donald Trump’s banning from Twitter.

“Sooo you get mad about a corporation buying ads and want to ban that but not Trump and his million lackeys spreading violence and white supremacy[?]” asked a frustrated netizen.

Twitter’s decision might have vexed the senator in another way, however. Ranking number two in her party behind fellow 2020 challenger Kamala Harris for Twitter ad spending, Warren’s campaign has much to lose by the rule change, providing ample motivation to oppose the new policy tooth and nail, regardless of the rationale.