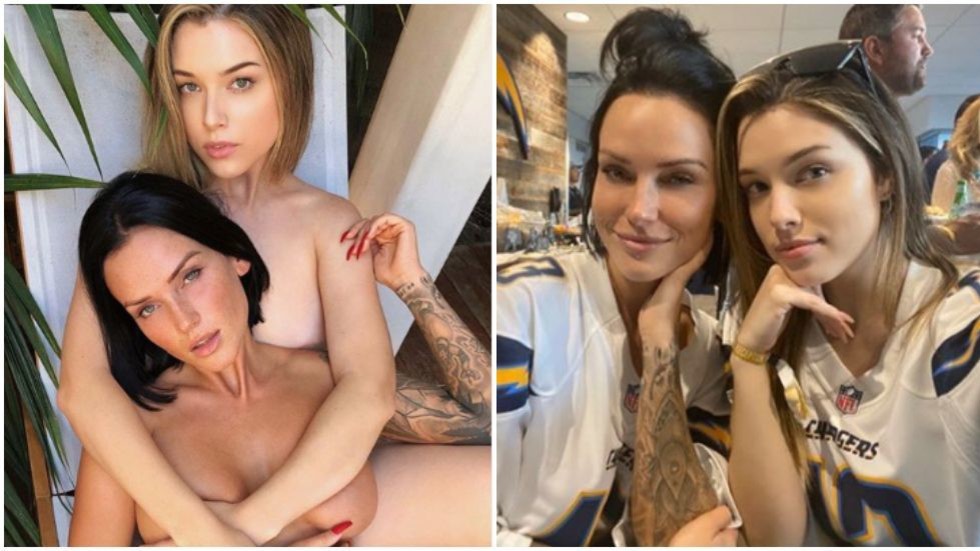 They may be indefinitely banned from attending Major League Baseball games, but World Series flashers Lauren Summer and Kayla Lauren are more than welcome on the gridiron as they were invited to attend an NFL game in California.

Summer and Lauren – along with fellow model Julai Rose – drew the ire of the MLB authorities for exposing their breasts while the Houston Astros’ Gerrit Cole was pitching in Game 5 of the World Series against the Washington Nationals last week, and were subsequently notified that they were barred from attending any future games in the league due to their actions.

However, the trio maintain that their stunt was part of the ‘Free the Nipple’ campaign aimed at promoting sexual equality, pointing out that men often attend sporting events without wearing tops, while also stating they were raising funds for breast cancer sufferers.

The women appear to have found a more welcoming home in the NFL as they were invited to attend Sunday’s game between the Los Angeles Chargers and the Green Bay Packers at Dignity Health Sports Park.

While Rose was absent, Summer and Lauren were pictured watching the game from a box at stadium in California wearing the #13 jersey of Chargers’ star receiver Keenan Allen, who is apparently more supportive of the two than Gerrit Cole, who reportedly blocked their accounts on social media.

Their attendance seems to have been something of a good luck charm for the Chargers too, as Philip Rivers’ side claimed an unexpected 26-11 victory over a high-flying Packers side.