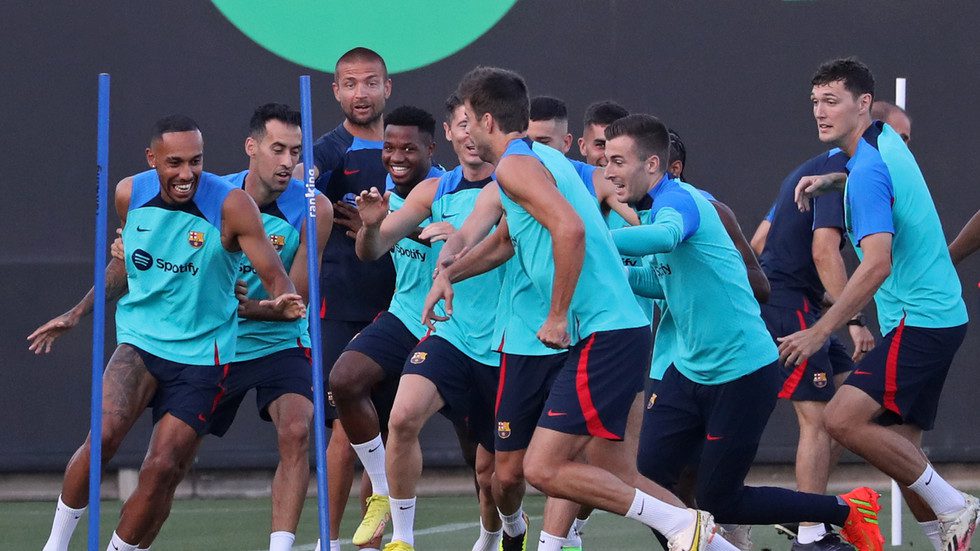 Jules Kounde was the only player to miss out

Almost all of FC Barcelona’s new summer signings were registered ahead of the Catalans kicking off their La Liga campaign against Rayo Vallecano on Saturday.

Despite debts of around $1.4 billion, the Blaugrana have been able to land big names in the ongoing summer transfer market window.

While Kessie and Christensen arrived for free from AC Milan and Chelsea respectively, the rest of the trio were signed for over €150 million ($154 million) thanks to the pulling of three ‘economic levers’.

These entail Barca selling 25% of their television rights for the next 25 years to American investment firm Sixth Street, plus 24.5% of Barca Studios to Socios.com for a combined total of around €667 million ($684.5 million).

Yet the change that was left over was still not enough to convince La Liga that Barca were able to navigate strict financial regulations after failing to do so saw Lionel Messi walk to Paris Saint Germain as a free agent last summer.

Yet after another lever was activated on Friday, which entailed selling a further 24.5% of Barca Studios for another €100 million ($102.6 million) to Orpheus Media, Barca were finally able to register all but one of their new players – Kounde – and also get the greenlight for another two existing squad members that recently signed contract renewals in Ousmane Dembele and Sergi Roberto.

Despite him playing a cameo role in last weekend’s 6-0 win over Pumas UNAM in the Joan Gamper trophy, it has been claimed that Kounde is not match-fit.

In order to guarantee he can run out against Real Sociedad next Sunday, Barca will have to free up salary space with Gerard Pique currently negotiating a salary reduction for the second season running and even reportedly offering to play for free.

Over the coming weeks, space could also be made by the potential exits of Dutch-born duo Sergino Dest and Frenkie de Jong, who are both linked to Manchester United.

On Friday, it was said that Barca were asking for €20 million ($20.5 million) from United for Dest, an asking price that the Premier League giants want to lower by including one of their own players in a part exchange deal.

As for De Jong, he was previously reported as refusing to join United due to their lack of Champions League football and a desire to succeed under Barca coach Xavi Hernandez after the clubs agreed an €85 million ($87 million) fee for his transfer.

On Saturday, though, Sport in Catalonia claimed that De Jong has now told his teammates he might be open to a move to Old Trafford after feeling Barca are trying to pressure him to leave with the threat of a lawsuit and a media smear campaign.