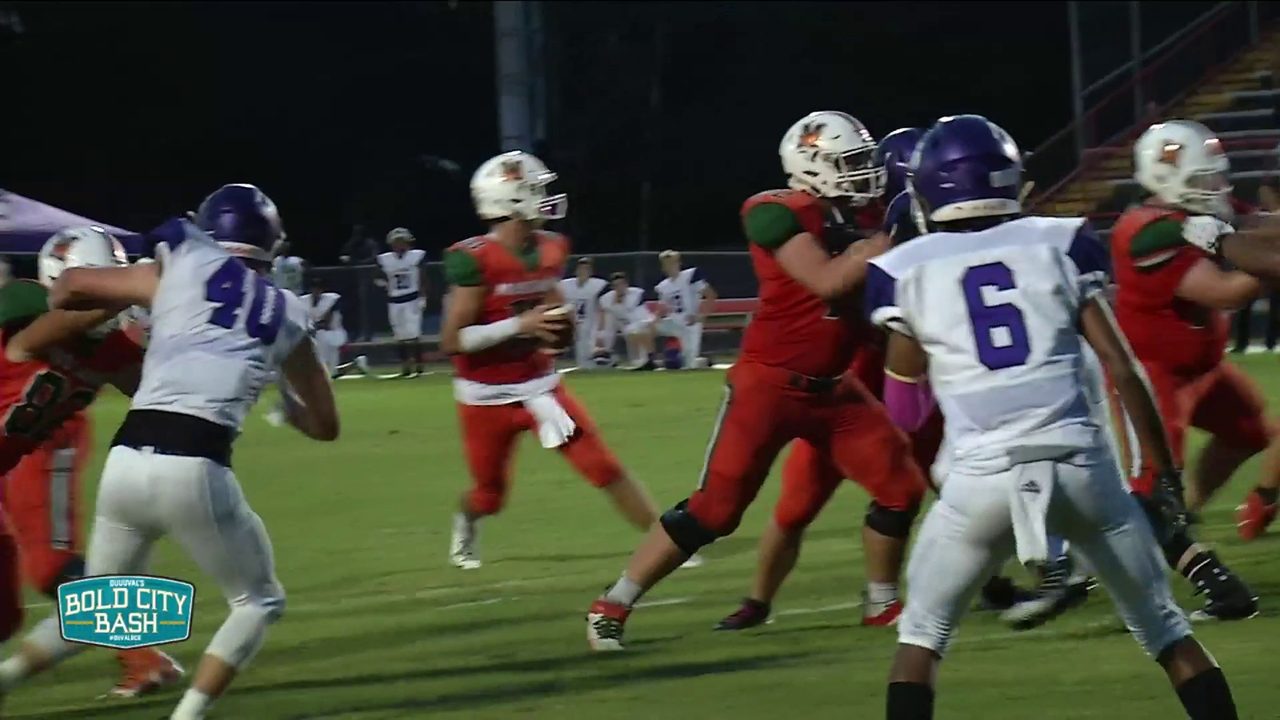 One is the reigning Mr. Football winner and quarterbacked Mandarin to the Class 8A state championship last year. He’s been a Florida-Georgia fan for as long as he can remember.

The other plays defensive back for the area’s top high school team in 2019. He knows the history of the annual game, but he’s never actually gone to one.

But if things go as planned, it won’t be long until Carson Beck will be throwing passes for Georgia, and TreVez Johnson will be picking them off for Florida.

The two area stars are among the top recruits in the country.

And Saturday will be a bit of a turning point.

It will be the last time that Beck and Johnson are on the outside looking in at one of the best sporting events in college sports.

“It’s honestly insane, especially being from Jacksonville and going to Jags games, going to Florida-Georgia games, and then hoping that I get the opportunity to actually play in it,” Beck said. “It’ll be pretty sweet to come back to my home town.”

Added Johnson: “It’s great. I love every minute of it. Whole fanbase, [a] big fanbase. They’re real vocal. It’s a big game. I’m excited I’ll get to witness it as a Gator.”

But it wasn’t always football for Beck and Johnson.

Before they decided that football would be their best route to college, it was baseball that was their favored sport. Both Beck and Johnson played on the same travel ball team early in their high school careers and could have easily taken that path to the next level.

Beck was a bigger prospect in baseball than he was in football, where his most extensive experience was playing in four games at quarterback in place of an injured Carter Bradley at Providence as a sophomore.

Beck was an exceptional baseball player with the Stallions and wound up committing to Florida. When he went to the Florida-Georgia game in 2017, a game that he’d frequented, Beck wasn’t in orange and blue.

“I was wearing Georgia gear when I went to the game instead of Florida gear,” he said. “That’s a little funny insider.”

But now, it’s all football. Beck and Johnson are two of the top recruits in the country. As soon as next year, this game will have quite a bit more meaning for them.

For players who grew up with the Florida-Georgia game in their backyard, how different will it be playing in it? In one word. Unreal.

Over the last 15 years, Florida has signed more players from the First Coast area (25 to than Georgia has. That’s to be expected.

But Georgia is making inroads, however incremental that they are. Should Beck and Suwannee offensive tackle Josh Braun sign with the Bulldogs, and Johnson sign with the Gators, Georgia will have more signees from the area in the last five years than Florida.

Beck and Braun would be the fifth and sixth area players to sign to Georgia since 2016. Johnson would be the third to sign with Florida in that same span.

Area players over the last 15 years to sign with the Gators, listed by position and local school. Only players who signed national letters of intent are listed, not walk-ons.

Area players over the last 15 years to sign with the Bulldogs, listed by position and local school. Only players who signed national letters of intent are listed, not walk-ons.