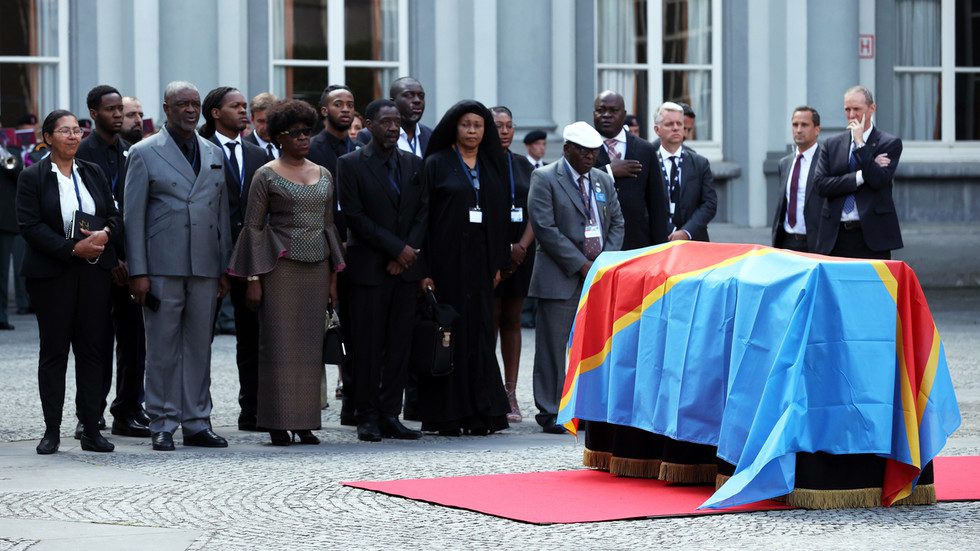 In recognition for its brutal killing of Congolese independence pioneer Patrice Lumumba, Belgium turned over his gold-capped tooth to members of his family in a ceremony in Brussels on Monday.

Laid to rest in a light blue case, the tooth was handed to a group of family members at Brussels’ Egmont Palace and placed in a casket to be taken to the Democratic Republic of Congo’s embassy pending repatriation. The gesture was praised by the slain leader’s son Roland Lumumba, who said it would allow the family to “finish their mourning.”

Lumumba became the first democratically elected prime minister of what was then called the Republic of Congo after it declared independence from Brussels in June 1960. In 1961, he was murdered by Belgian mercenaries and their Congolese allies, who were believed to be acting on the orders of US and UK intelligence.

Belgian Prime Minister Alexander de Croo acknowledged his country’s “moral responsibility” for Lumumba’s grisly demise, noting “a man was murdered for his political convictions, his words, his ideals,” a “painful and disagreeable truth [that] must be spoken.”

“It is not normal that Belgium held onto the remains of one of the founding fathers of the Congolese nation for six decades,” he said.

A Belgian judge in September 2020 ruled the tooth must be returned to Lumumba’s family in the Democratic Republic of Congo some 60 years after the Belgian government, the CIA and MI6 conspired to have him murdered. The judgment came just a few months after Lumumba’s daughter called for Brussels to return his “relics” to “the land of his ancestors.”

Belgian police commissioner Gerard Soete confessed in 2000 to dismembering Lumumba’s body and dissolving it in acid. In a documentary produced that year, he showed off two teeth that supposedly belonged to the beloved leader, saying he had taken them as “a type of hunting trophy.”

One of those teeth was seized in 2016 by Belgian officials from Soete’s daughter, and while it reportedly could not be DNA tested without being destroyed, it is believed to be Lumumba’s.

Belgian colonial rule in Africa was especially brutal, with over 10 million people dying from forced labor, starvation, and disease during the 23 years King Leopold II owned the Congo. The current monarch, King Philippe, expressed his “deepest regrets” for the violence Belgium inflicted on its people in his first official visit to the country earlier this month, denouncing his nation’s “unjustifiable” reign over the African colony as one “marked by paternalism, discrimination and racism”.

Despite these conciliatory gestures, the DRC remains a hotbed of neocolonial conflict, with Western nations fighting over its massive wealth of minerals like coltan, cobalt, uranium, copper, and diamonds. The industry relies on child labor and highly unsafe practices in order to extract the resources critical to building out the world’s digital infrastructure. Despite its mineral riches, however, it remains one of the poorest countries in the world, plagued by political instability that facilitates the removal of those riches with minimal complications for the Western companies extracting them.