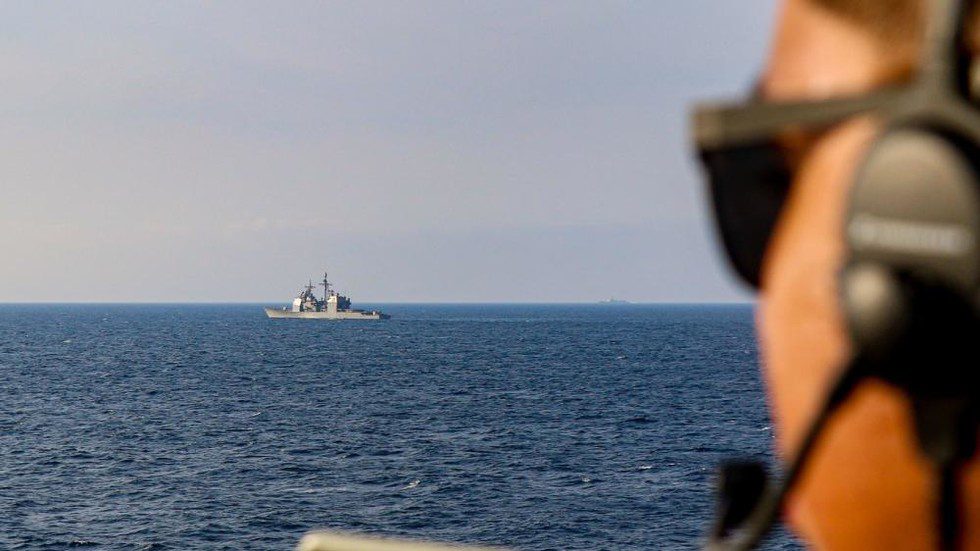 The White House, however, immediately clarified that the “US policy has not changed”

President Joe Biden once again claimed that Washington is willing to use military force to defend Taiwan from Beijing, if necessary, while insisting that the US still adheres to ‘One China’ policy and is “not encouraging” the island’s independence.

During a ‘60 Minutes’ CBS News interview aired Sunday night, Biden was asked if the US would become directly involved to “defend the island” in a potential conflict between Beijing and Taiwan, including through the use of military force.

“Yes, if in fact there was an unprecedented attack…” Biden replied, before the broadcaster cut away to clarify the controversial statement. A White House official apparently explained to CBS, before the interview was aired, that US policy “has not changed” and that officially the US would still neither confirm nor deny whether American forces would defend Taiwan.

“So, unlike Ukraine, to be clear sir, US forces, US men and women, would defend Taiwan in the event of a Chinese invasion?” the interviewer Scott Pelley asked again.

The US leader however also said Washington respects the ‘One China’ policy, by which it recognizes that there is only one China led by Beijing. “We agree with what we signed onto a long time ago. And that there’s One China policy, and Taiwan makes their own judgments about their independence. We are not moving – we’re not encouraging their being independent. That’s their decision.”

Biden previously made a similar statement in May, calling it America’s “commitment” to protect Taiwan. At the time, amid an outcry from Beijing, the White House was also forced to “clarify” the US leader’s words, saying it did not constitute any changes in Washington’s policy towards Taiwan or China.