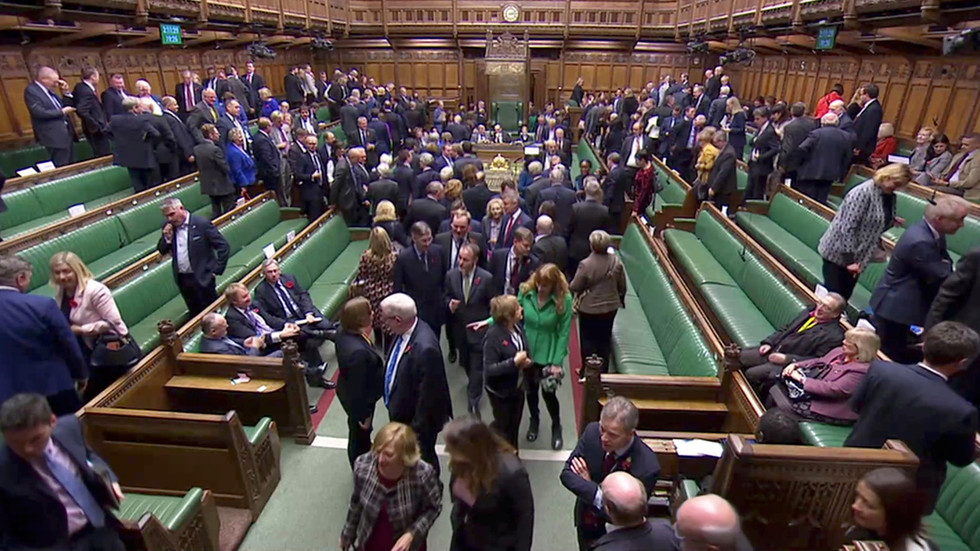 UK MPs have voted Labour’s Lindsay Hoyle to be the new Speaker of the House of Commons, replacing John Bercow – the former iconic chair of parliamentary proceedings – in one of their final acts before the general election.

Bercow, who gained international notoriety during his tenure as speaker, will be a hard act to follow for Hoyle, considering the amount of feathers he’s ruffled in the chamber over the last 10 years.

Speakers must be politically impartial and so with the snap general election fast approaching, the new speaker – if elected by their constituents – must resign from their party before officially taking on the role.

In what was seen as a political jab at Bercow’s legacy, Hoyle said the house will “change for the better” and the MPs must ensure that the “tarnish is polished away.”

During his last few years in office, Bercow was accused of bending parliamentary rules, such as giving pro-Remain MPs who were opposed to a ‘no-deal’ Brexit the chance to pass legislation blocking such an eventuality.

Holding the position since 2009, Bercow was the longest-serving speaker since the Second World War, calling “order!” over four parliaments and under four prime ministers.

The UK Parliament dissolves soon after midnight on Tuesday to make way for a five-week general election campaign. Bercow’s replacement will be required to be re-elected when a new government has taken power.

Hoyle beat out six other candidates who put themselves forward for the powerful position, including Labour’s MPs Harriet Harman and Chris Bryant and Conservative MP Edward Leigh.

Hoyle beat Chris Bryant by 112 votes in the fourth round of voting on Monday evening. Voting continued until one candidate managed to obtain more than 50 percent of the votes.

Speaking to the chamber, Hoyle paid an emotional tribute to his daughter who died in 2017 and who he said will “always be missed.”

Hoyle is not exactly new to the job. He served as a Deputy Speaker to his flamboyant predecessor for 9 years, from 2010 to 2019, and while the former Labour MP for Chorley’s name has not graced media headlines as frequently as that of Bercow, he’s also had his moments of fame, the moment, namely.

Back in March 2013 Hoyle won lavish praise for his handling of a budget day at the Commons. The hearing saw him putting down MPs with scathing comments and sarcastic remarks, that have earned him a nickname of the “hero of the budget” and “the superstar in pinstripes.”

Hoyle was congratulated by both Labour leader Jeremy Corbyn and Prime Minister Boris Johnson, who said it was his “signature kindness” toward MPs that led to his election.