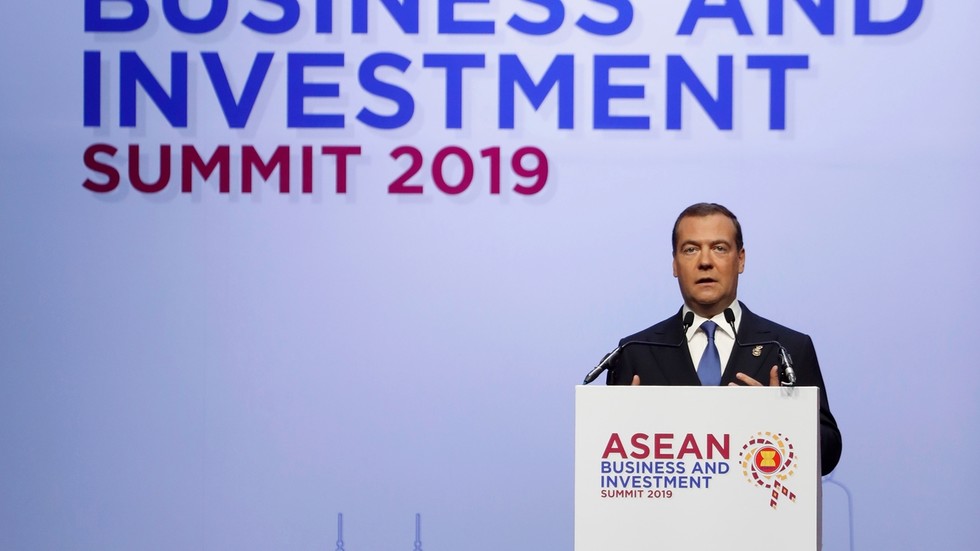 Russia wants the demonopolization of “a few corporations” that dominate the IT market, because countries without their own hi-tech solutions risk losing the “right for future,” Prime Minister Dmitry Medvedev told an ASEAN summit.

“Companies and whole countries are increasingly dependent on hardware and software [provided by] several corporations that actually dominate the market,” Medvedev stated as he spoke at a summit of the Association of Southeast Asian Nations (ASEAN) in Bangkok. He didn’t give names but mentioned three American and two Chinese entities.

That domination hampers “healthy competition” and affects bringing brand new ideas to life, the prime minister noted, along with other, more serious challenges.

States that don’t have their own digital platforms can lose, if not sovereignty, but most of the opportunity – as well as the right for [a] future in the changing world. If you don’t own technology, you don’t develop yourself.

Therefore, Russia champions a shared effort to demonopolize this industry, synchronize technologies and enable laws covering cyber security and privacy, Medvedev explained. Russia, a country where 85 percent of the population has access to the internet, stays ready to share its own digitization experience with Asian nations, he offered.

Russia has recently taken steps to ensure sustainability of its own computer networks. Just this week, it enacted legislation called the ‘Sovereign Internet Bill’ which requires internet companies to install locally-produced equipment that would make traffic flow only through servers located and registered on Russian soil.

The measure seeks to allow communication and exchange of data between Russian users to go on unhindered if they suddenly become cut off from servers located abroad.