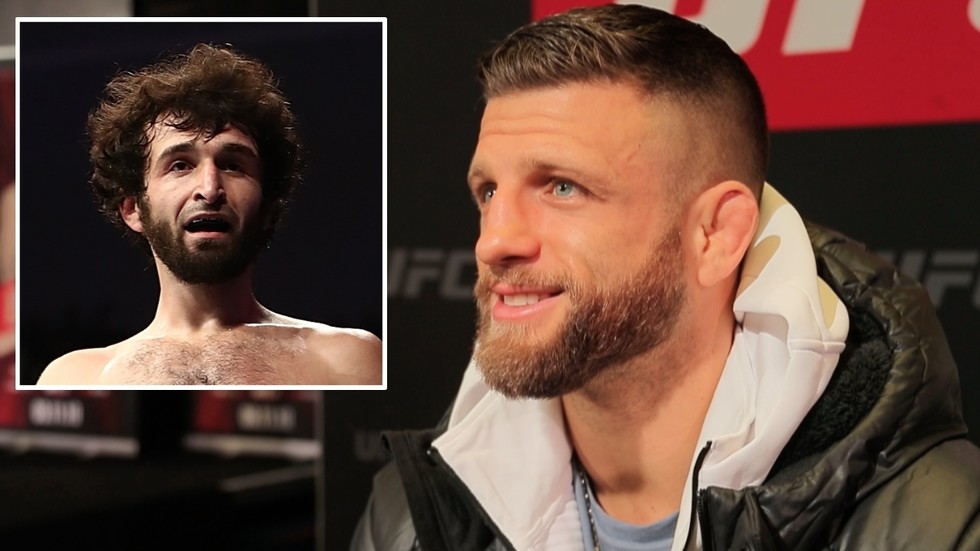 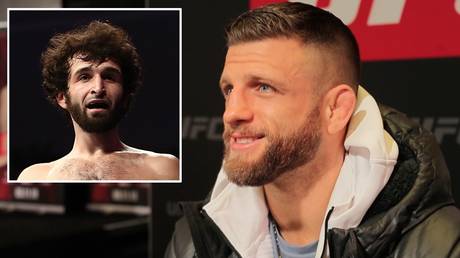 American featherweight contender Calvin Kattar is heading into enemy territory at UFC Moscow this weekend, but he’s accentuating the positives, and plans a huge victory in Russia this weekend.

Speaking to RT Sport on Ultimate Media Day in Moscow, Kattar explained he wasn’t overly concerned about the fact that his fight was switched from his home town of Boston to Zabit’s home soil in Russia.

“I only take the positives,” he said.

“You can dwell on the negatives, but you’d be missing out on the fact that we’re the main event here in Russia.

“I know it’s more of a homecoming for him, but he’s traveling too – he trains out of Jersey – so we’re both making a long trip and are gonna put on a show for the Russian fans.”

And when asked which city he’d rather the fight took place in, Kattar grinned and said he’s happy in Moscow.

“Originally, I would say Boston. But now I’m here… F**k it! Russia!” he laughed.

“I just like the energy. I’m happy to be in fights that the fans care about and want to see. Whether it’s the A-side or the B-side, I’m bringing it every time I step in there and I’m just excited to go out and… I’m going in with nothing and I plan to take everything.”

Some fighters in Kattar’s situation might be feeling like they have their back up against the wall, or unwelcome in unfamiliar surrounds. But Kattar is embracing the opportunity to experience Russia, and is keeping a positive mental attitude ahead of the biggest fight of his UFC career.

“I’m focusing on being a main event for the first time in a country I’ve never been. I like to travel, so I’m happy to be here in Russia,” he said.

“This is a huge demographic of fight fans that otherwise might not have had the chance to know who I was. So this is a great opportunity to go out and earn me some fans this coming Saturday.”

And while he’s clearly relaxed and enjoying the experience of being the headline act on foreign soil, Kattar knows that he has to be on his game by the time the cage door closes on Saturday. And while he respects Zabit’s wide-ranging skillset, he says there are enough holes in his game to exploit on fight night.

“He’s pretty well-rounded, man, but you know, there’s holes in it,” he said.

“He’s definitely well-rounded, throws a lot of flashy s**t – fun stuff I wish I could throw. But my coaches would probably yell at me for throwing spinning kicks and cartwheels! I’m more a basics guy, and I think basics will get the job done.”

Does that mean the man nicknamed “The Boston Finisher” could grab himself a finish on enemy territory on Saturday night?

“That’s a headline right there, huh?” he smiled.

“We’ll see if we can get that done Saturday night. That’s the plan!”