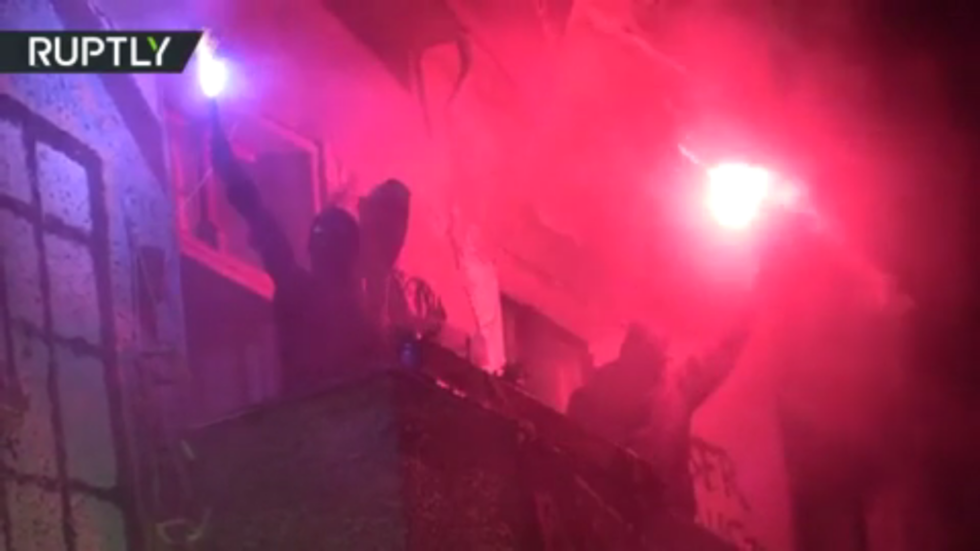 A protest in support of squatters living in a Berlin neighborhood turned violent on Saturday, with masked demonstrators hurling rocks at police and breaking the windows of several cars.

Ruptly footage shows police surrounding a building in Friedrichshain currently occupied by squatters. The illegal residents, clad in black masks, are seen waving red flares from the balcony.Protesters also draped flags and banners on the side of the building. “Smash the patriarchy!” one placard read.

A demonstration in support of the squatters clogged traffic in nearby streets, as riot police hugged the side of the road. According to German media, the left-wing protesters lit tires on fire and threw stones at the police. Footage of the unruly march shows several cars that were vandalized by the protesters. The mayhem reportedly resulted in several injuries.The protest was in response to a lawsuit aiming to evict the squatters, identified by local media as members of the city’s “left-autonomous” scene.

Several occupied buildings in Friedrichshain have become symbols of the far-left movement. The radical group has been involved in numerous clashes with police over the past years, public broadcaster RBB said.