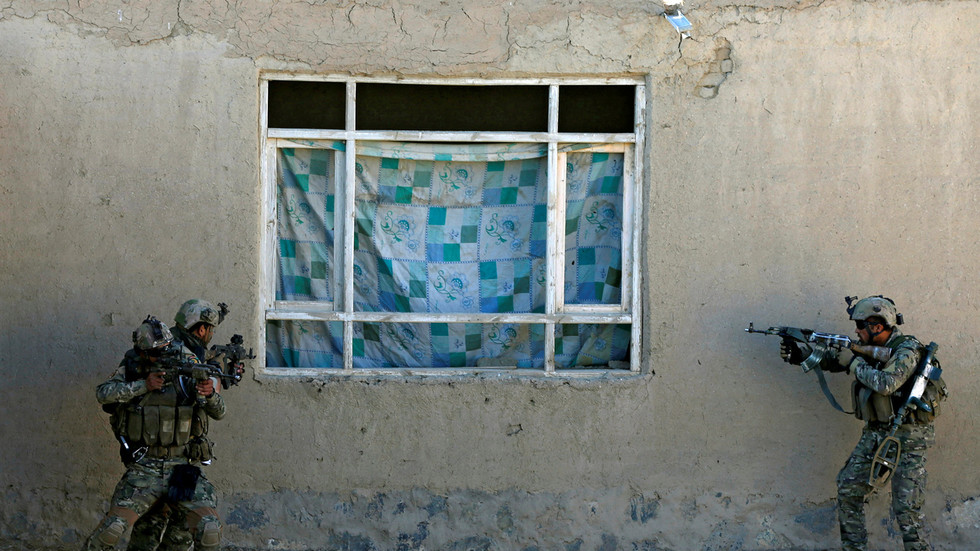 With aid and training from the CIA, Afghan paramilitary forces have carried out a spree of war crimes and other “grave” abuses against civilians – including torture and executions – an investigation by Human Rights Watch found.

Interviewing eyewitnesses, US special operators, and personnel in the Afghan military, the NGO documented over a dozen cases of “serious abuses” by US-backed forces between late 2017 and 2019, including “extrajudicial executions and enforced disappearances, indiscriminate airstrikes, attacks on medical facilities, and other violations of … the laws of war.”

The bulk of the abuses occurred during nighttime “kill or capture” raids, which US military officials insist are an essential part of the counter-terror strategy in Afghanistan. Throughout the war, the raids have drawn wide criticism for their tendency to result in ‘collateral’ civilian deaths, and were even temporarily banned by former Afghan President Hamid Karzai in 2013. Brought back only one year later, however, the raids have picked up in frequency ever since.

“Starting around 2017 we heard increasing reports about civilian casualties and possible violations of the laws of war in night raids” and other US-backed operations carried out by Afghan forces, Andrea Prasow, the acting Washington Director of HRW, told RT’s Ruptly.

Prisoners being executed, people killed with their hands tied behind their backs, children being shot in the head in the middle of night operations – there is really no question that conduct like this violates the laws of war.

Many of the raids are based on “faulty intelligence,” the HRW report claims, sometimes obtained from enemy fighters under torture or duress, or from local powerbrokers who target rivals with false accusations, using the might of the US military as their own private militia force. The Afghan government has not developed any “meaningful capacity” to investigate wrongful deaths or the mishandling of intelligence.

The CIA-trained “strike forces” – which include irregular troops outside the Afghan military’s formal chain of command – behave like “death squads,” one diplomat familiar with the operations told HRW, entering homes in the middle of the night and often shooting before asking questions.

In addition to home raids, the report also documented strikes on hospitals and other healthcare facilities, forbidden under international law. “We saw attacks on medical facilities, on people who were not necessarily fighters, or if there were fighters present, additional attacks on civilians,” Prasow said.

Responding to the report, the CIA was incredulous, deeming the allegations “likely false or exaggerated,” adding – with no hint of irony – that “we neither condone nor would knowingly participate in illegal activities.”