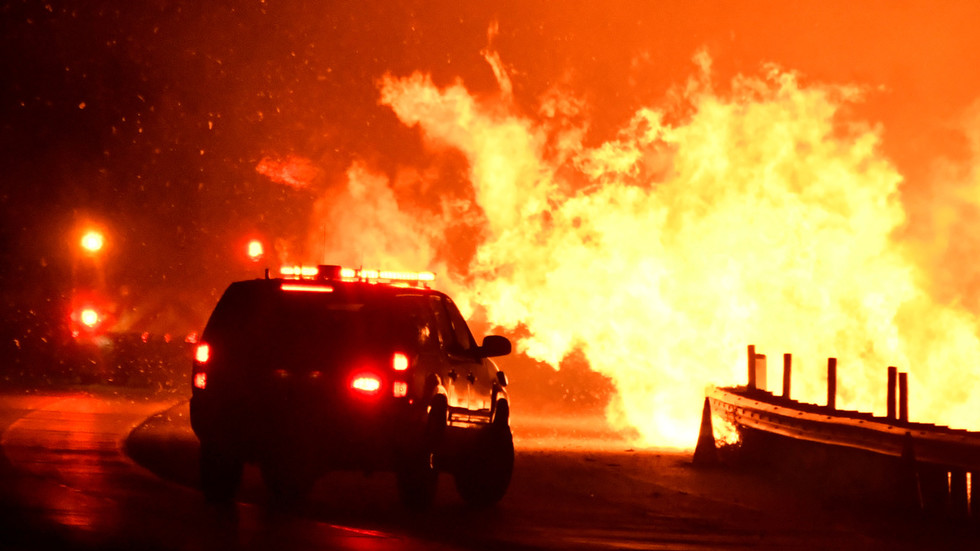 Add California’s wildfires to the list of problems caused by US President Donald Trump. The state’s former governor has warned Trump and his fellow Republicans that “the blood is on your soul”… for denying climate change.

“California’s burning while the deniers make a joke out of the standards that protect us all. The blood is on your soul here and I hope you wake up,” former governor Jerry Brown snarled, during a House Oversight Committee hearing on the Trump administration’s recent decision to bar California from setting its own auto emissions standards. “This is not politics, this is life, this is morality…this is real,” he continued.

Climate change is real, it’s happening, and you and everyone else will recognize that.

Brown likened Trump and his fellow climate change skeptics to believers in “flat Earth,” claiming climate change is directly responsible for the wildfires currently engulfing swathes of California. While at least two of this year’s fires are actually believed to have been caused by malfunctioning PG&E power lines – like last year’s devastating Camp Fire, which wiped out an entire town – Brown has glossed over the notoriously mismanaged utility to pin the blame on hotter, drier weather. The only solution? “Limiting our carbon pollution,” he told reporters in 2015, defying climate scientists who suggested that that year’s fires were not caused by anything of the sort.

The House called Brown and other “experts” to testify against the White House’s decision to quash the waiver that had allowed California to set its own vehicle emissions standards and effectively control the whole country’s auto industry. Car companies can hardly afford to manufacture two separate versions of the same vehicle, and California has more drivers than any other state, so they can’t ignore the stricter emissions rules either.

Democrats, including current California governor Gavin Newsom, have slammed the move as “reckless and politically motivated,” a symbol of Big Oil’s iron grip on the Environmental Protection Agency and other regulators. The White House, however, has claimed that stricter emissions standards make vehicles more expensive, meaning fewer people will drive these energy-efficient cars. The rule change is due to take effect next month.