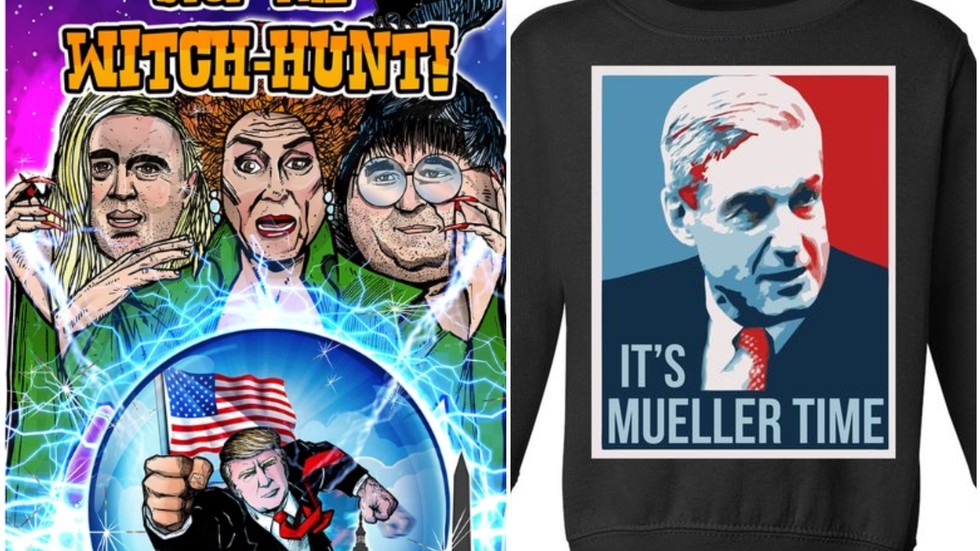 HBO’s John Oliver had a good laugh mocking President Donald Trump’s anti-impeachment merchandise, but has he forgotten the cringe-inducing ‘Mueller Time’ shirts the #Resistance was hawking a few months ago?

But Oliver didn’t seem to grasp that, silly as his t-shirts may be, Trump wasn’t the first to monetize the political struggle that has characterized his entire presidency. Sure, he may have made money off the iconic red ‘Make America Great Again’ hats that some overreaching Democrats have declared a hate symbol, but #Resistance strongholds like the Strand bookstore in New York were selling merchandise emblazoned with slogans like ‘It’s Mueller Time!’ and ‘Comey is my Homey’ over a year ago, in the thick of Russiagate.

Such products are not so ubiquitous now, more than six months after the special counsel’s report dashed the hopes of Russian collusion conspiracy theorists, but the slogans made even less sense than Trump’s witch-hunt-in-reverse. Liberals sporting pro-Comey or pro-Mueller merch had to ignore the FBI’s decades-long history of targeting leftist groups for infiltration and destruction to side with them against the Bad Orange Man.

Comey certainly was not the “homey” of any US citizens who care about human rights or unconstitutional surveillance, feigning opposition to the use of 13 torture techniques while serving as assistant attorney general but actually finding a stronger legal rationale to justify them. He also pushed tech firms to install more and more intrusive backdoors for US intelligence agencies, including backdoors to encryption, up until he was finally fired by Trump. Nor was Mueller – who smoothed the way for the illegal invasion of Iraq under George W. Bush as well as overseeing the illegal entrapment of Muslims in phony terror plots by the FBI and yet more unconstitutional surveillance – a friend of the American Left. But liberals inured to the lesser-of-two-evils nature of American politics collected piles of merchandise emblazoned with both names – from prayer candles to beer steins to plush toys.

While one doesn’t expect an impartial assessment from a comedian who calls the Trump impeachment proceedings “Stupid Watergate II: Revenge of the Ding-Dong Dingus,” Oliver seems to be banking on his audience’s memory stretching only a few weeks into the past. About the witch-hunt shirt, he snarked, “Does it come in a man’s extra-medium? Because I’m going to want a relic to show my grandchildren in the future when they refuse to believe that any of this s**t ever happened.”

One could say the same thing regarding the Left glorifying its tormentors (the FBI has heavily surveilled Resistance movements as recently as Black Lives Matter and Antifa). And yes, you can still buy both ‘Comey Is My Homey’ and ‘Mueller Time’ merchandise, which thanks to the quirks of popular internet print-on-demand platforms are still available. Alas, sales numbers are not displayed.