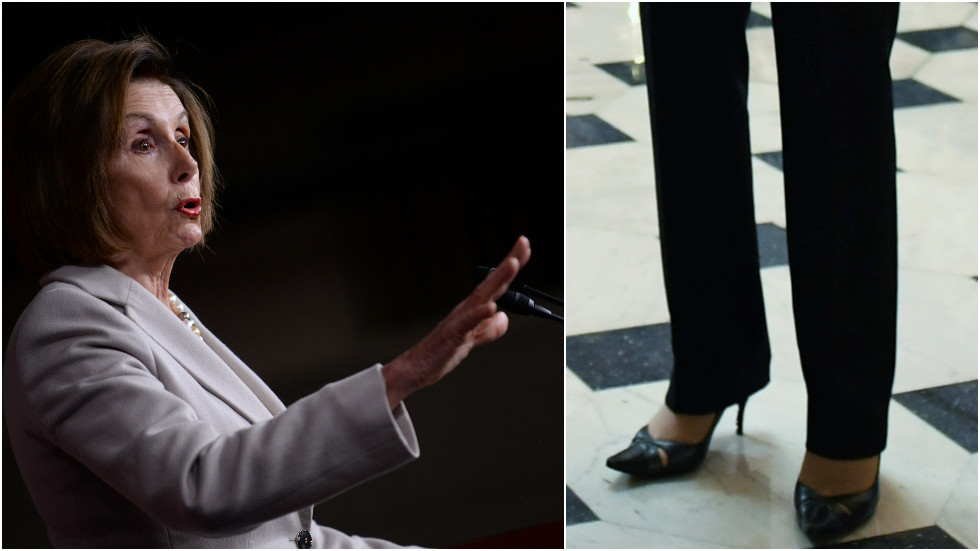 The daughter of US House Speaker Nancy Pelosi put the New York Times on blast after the outlet appended what she called a “sexist” cover photo, only showing the speaker’s “calves and heels,” to a critical opinion piece.

“Hey @deanbaquet could you @nytimes be any more misogynistic than to portray the female House Speaker with a photo of her calves and heels? #EverydaySexism,” the Speaker’s daughter, Christine Pelosi, tweeted on Monday, singling out Times editor Dean Baquet.

Hey @deanbaquet could you @nytimes be any more misogynistic than to portray the female House Speaker with a photo of her calves and heels? #EverydaySexism https://t.co/eQYlXnl5L6

The supposedly misogynist photo featured alongside an op-ed questioning Pelosi’s role in the impeachment probe raging in Washington, arguing that because the Speaker of the House is next in line for the Oval Office behind the Vice President, Pelosi faces a potential conflict of interest.

In Opinion@jessewegman writes, "Whether or not Nancy Pelosi is actively thinking about her chances of ending up in the White House, the mere appearance of the conflict is bad on its own" https://t.co/ZSLLKQyrtH

Pelosi supporters were out in force to condemn both the cover photo and the article it adorned, with one user slamming the op-ed as “ridiculous” and “infuriating,” while another backer added “outrageous piece of trash” to the heap of insults.

Shame on you, @nytimes, for publishing this outrageous piece of trash, illustrated with an amazingly sexist photo of @SpeakerPelosi in heels! N.B. this comes after several other awful editorial mistakes at a time when we need 24/7 A+ objective #journalismhttps://t.co/mYJozrTLv1

Others, even those loath to give off the appearance of defending the Times, didn’t see the big deal, however, some arguing the photo represents “power” instead of weakness.

Not to defend NYT, but I view that image as the power and strength that is Madam Speaker.

Pelosi became the first female House Speaker in 2007, and reclaimed the position again in 2018 after the Democrats took the House majority.

In late September she announced a probe to weigh articles of impeachment for President Donald Trump over his dealings with a foreign leader, for which she has since become a vocal advocate, following an abrupt about-face on the issue.