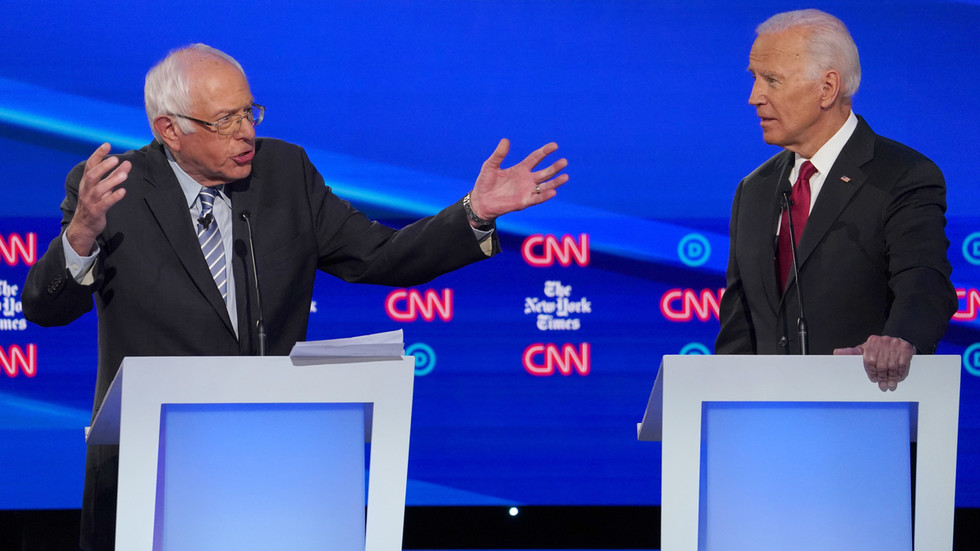 Bernie Sanders’s progressive agenda has struck a chord with Democrats who now think he is the best on healthcare and climate, and on par with Joe Biden on economy and immigration. However, Biden remains their preferred candidate.

While the independent Vermont senator is trailing Biden in the polls, his take on key US policies is shared by more constituents than that of the former vice president, a new Reuters/Ipsos poll conducted between November 1-4 has revealed.

Asked about what candidate they think is the best on environment, 24 percent of prospective Democratic voters went for Sanders against 17 percent for Biden. As far as the other major issue, healthcare, is concerned, Sanders commands a 10-point lead over Biden.

While American voters in general favor Sanders over Biden on economy and jobs, as well as on the immigration policy, Democrats are divided in their opinions. Some 18 percent believe Biden and Sanders are best on immigration, while 21 percent side with either of the candidates on economy and jobs.

While Sanders either boasts an edge over Biden, or at least does not lose him on a single policy issue, the former VP keeps riding high in the polls. Though Sanders is apparently winning the voters’ hearts and minds, the polling numbers show Biden has no reason to worry. On the contrary, he appears to almost have the race in the bag, with Democrats apparently being ready to settle for a lesser evil, according to the Reuters poll.

Thirty-seven percent (versus a meager 17 percent for Bernie) believe that Biden is the only Democratic hopeful able to beat Donald Trump, while 24 percent think that Biden has it in him to unite the Democratic Party; only 19 percent believe that Sanders could become such a unifying factor.

If the Democratic primary was held now, some 29 percent of prospective Democratic voters would opt for Biden, and only 18 percent for Sanders.

While Biden’s 2020 campaign has been marred with gaffes and slip-ups, sparking concerns that he might be too old, ill and unfit for office, the self-confessed “Gaffe Machine” remains an undisputed front-runner among the Democrats.