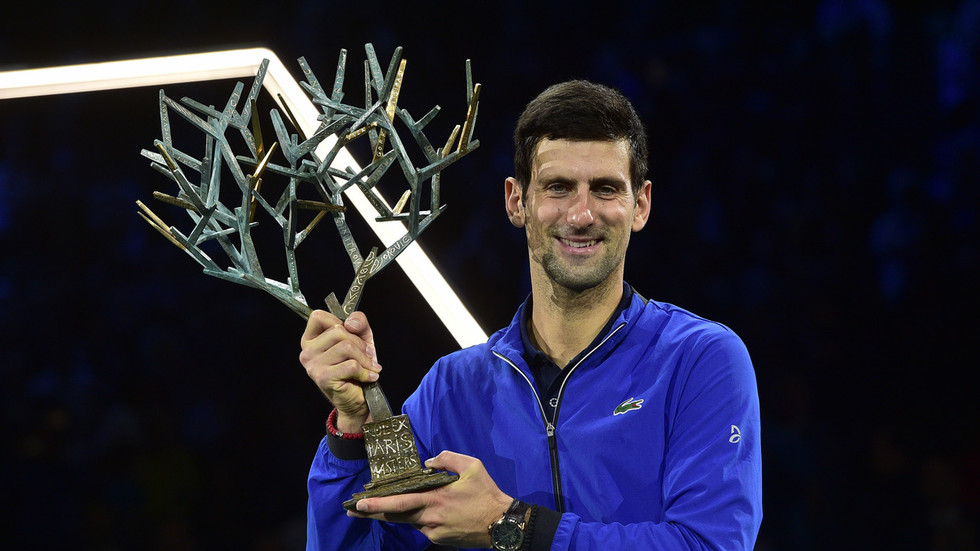 Serbian tennis icon Novak Djokovic added yet another title to his impressive haul after defeating Canadian youngster Denis Shapovalov 6-3, 6-4 in the final of the Rolex Paris Masters 1000 on Sunday.

Djokovic took the initiative right from the first minutes, racing to a 3-0 lead in the opening set which he easily claimed 6-3.

The 16-time Grand Slam winner continued dictating his rules on the court in the second set, breaking Shapovalov in the seventh game to take a 4-3 lead which he didn’t squander.

The two most successful singles players in #RolexParisMasters history 🙌 pic.twitter.com/jQRbv0Pa3R

The Canadian player’s efforts to save the match fell short as Djokovic easily held his serve to register a 6-4 win.

With that triumph, Djokovic now has 34 Masters 1000 titles – just one fewer than the Spanish tennis icon Rafael Nadal.

“It was a great tournament for me. I played really well, especially in the last three matches,” Djokovic said afterwards.

It's tennis on another level from @DjokerNole.

“Obviously Denis playing for the first time in a Masters 1000 final is a completely new experience for him. We both served really well today, maybe because there was so many people in the stands and it was full. It was probably a bit warmer so it’s easier to serve and it’s quicker. There [were] not too many rallies in the match,” he added.

He will battle for the status of year-end number one at the Nitto ATP Finals together with Nadal, who will top the ATP rankings on Monday despite Djokovic’s win in Paris.

However, the Spaniard’s participation in the season-ending event remains in doubt after he withdrew from his Paris semifinal with Shapovalov due to an abdominal injury.