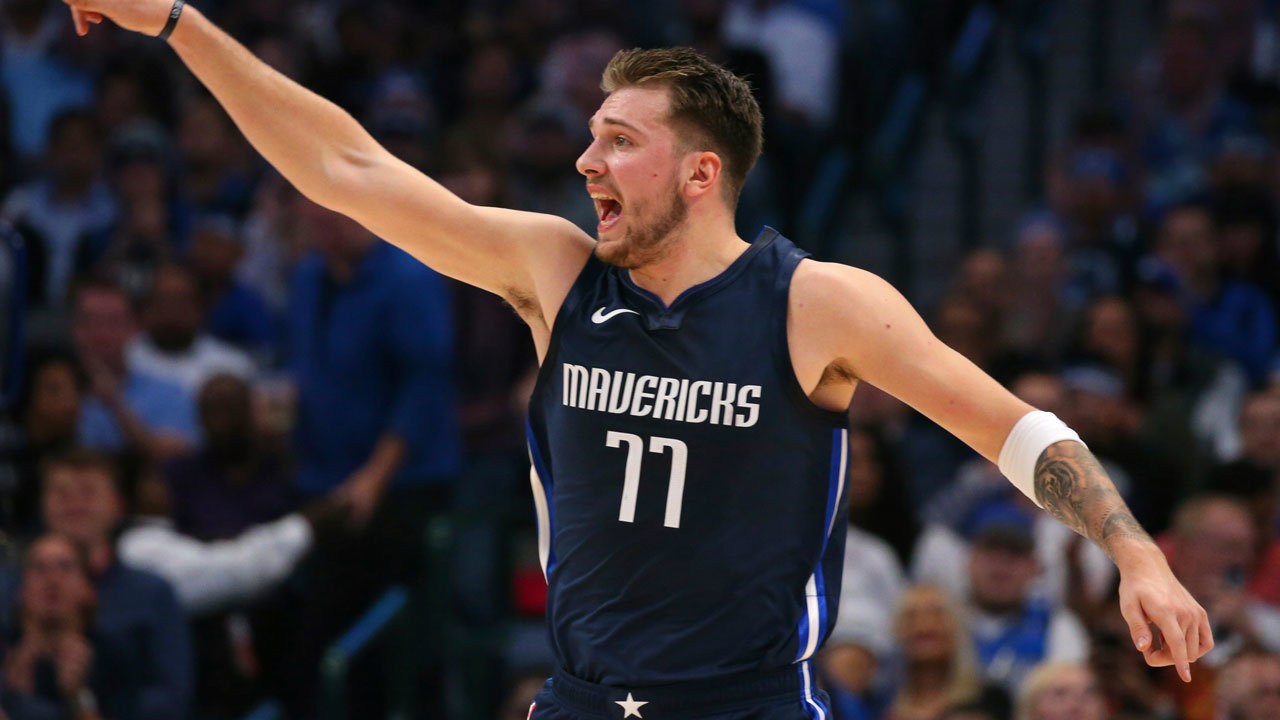 Luka Doncic scored 27 points and Dallas drew two charges on Aaron Gordon in the final minute, helping the Mavericks hang on for a 107-106 victory over the Orlando Magic on Wednesday night.

Trying to protect a one-point lead, the Mavericks had two of their 17 turnovers on consecutive possessions before each of the fouls on Gordon, who was trying to drive on the first call and attempting to make a move at the 3-point line on the second.

The Magic got one more chance when Dallas’ Seth Curry missed two free throws with seven seconds to go. But Nikola Vucevic’s wide-open 3 near the key bounced off the rim as time expired in Orlando’s fourth straight loss and the 10th in a row for the road team in this series.

Doncic finished with seven rebounds and seven assists, falling short of what would have been three straight triple-doubles for the first time in the reigning rookie of the year’s career.

Gordon led Orlando with 23 points, but had just two after halftime. Vucevic had 19 points and 11 rebounds, while Jonathan Isaac finished with 13 points and 10 boards.

J.J. Barea, a 13-year veteran with a history of bringing energy off the bench for the Mavericks, made his season debut in the second quarter and scored 11 straight Dallas points — all of his scoring — while Doncic and fellow Euro star Kristaps Porzingis were struggling.

Three consecutive 3-pointers from Barea helped Dallas get within two at halftime (56-54) after trailing by 10 in the first half.

Porzingis scored 10 points on 4-of-14 shooting with eight rebounds. Maxi Kleber scored 14, and Dwight Powell added 12. Doncic was 1 of 7 from 3, with the only make in the fourth quarter. Porzingis was 1 of 5 from beyond the arc.

Orlando, second-to-last in the NBA at 27 percent from 3-point range coming in, missed all seven 3s in the first quarter, capped by Michael Carter-Williams’ air ball while wide open in the corner in the final seconds of the first.

Gordon was 9 of 11 from the field before halftime, including the only 3 before the break for the Magic, who finished 6 of 24 (25 percent) from long range.

Magic: Steve Clifford coached his 500th game. His record is 240-260. It’s Clifford’s second season in Orlando after five with Charlotte. … Carter-Williams didn’t attempt another 3 but finished with 13 points along with D.J. Augustin.

Mavericks: Barea was considered healthy when the season started but didn’t play the first six games after an Achilles injury limited him to 38 games last season. Coach Rick Carlisle did say in the preseason that the Mavericks would be cautious with Barea. … Dallas went on a 15-3 run in the third quarter to erase Orlando’s biggest lead, which was 11.

Magic: Memphis on Friday to start a five-game homestand, the longest of the season.