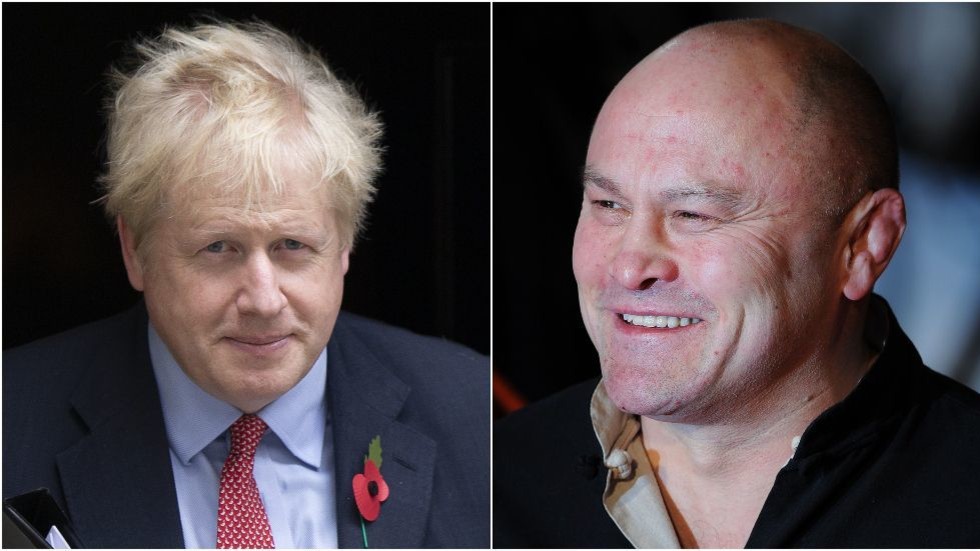 Rugby icon Brian Moore had some choice words for Boris Johnson after the prime minister issued a good-luck message to England’s rugby team ahead of their World Cup final against South Africa in Japan on Saturday.

Ahead of the showdown at Yokohama Stadium on the outskirts of Tokyo, PM Johnson issued a video message in support of the England team, who produced a phenomenal performance to beat reigning champs New Zealand in the semi-final.

“I think I speak on behalf of millions of people in this country and around the world in wishing the best of luck to England in the World Cup final against South Africa today,” said Johnson, who was wearing an England jersey.

Boris Johnson has delivered this message of support to the England team ahead of the Rugby World Cup final against South Africa on Saturday https://t.co/9FcIZfzXNW #RWC2019 pic.twitter.com/VE5f1PJ32e

“I watched the match against New Zealand with mounting awe, absolutely incredible passages of play by our team against that awesome All Blacks side and looking at what you can do.

“I absolutely know that you can bring back the William Webb Ellis cup from Japan in the course of the next few hours. Go for it England. You’ve got an amazing ability to win.”

Former England international Moore, 57, is clearly not a fan of the PM and made his feelings known on social media.

“Please f*ck off,” Moore tweeted, sharing the video of Johnson delivering his message.

The tweet racked up well over 50,000 ‘likes’ within just a few hours. Moore also came in for criticism, but the TV and radio pundit was unrepentant.

“I’m allowed to tell them to f*ck off if I think they’re using it as an election photo- op. Get over it,” he wrote in response to one angry Twitter user.

Later, the former Red Roses hooker later suggested he is no fan of Labour leader Jeremy Corbyn either.

“Please f*ck off – just for balance,” Moore wrote in response to a message of support for the England team from Corbyn.

England, managed by Australian Eddie Jones, line up against South Africa at Yokohama Stadium on Saturday aiming to win their second World Cup, having triumphed in Australia in 2003.

The South Africans, managed by Rassie Erasmus, are aiming to win the Web Ellis Trophy for a third time, after victories in 1995 on home soil and in 2007, when they beat England in the final in Paris.