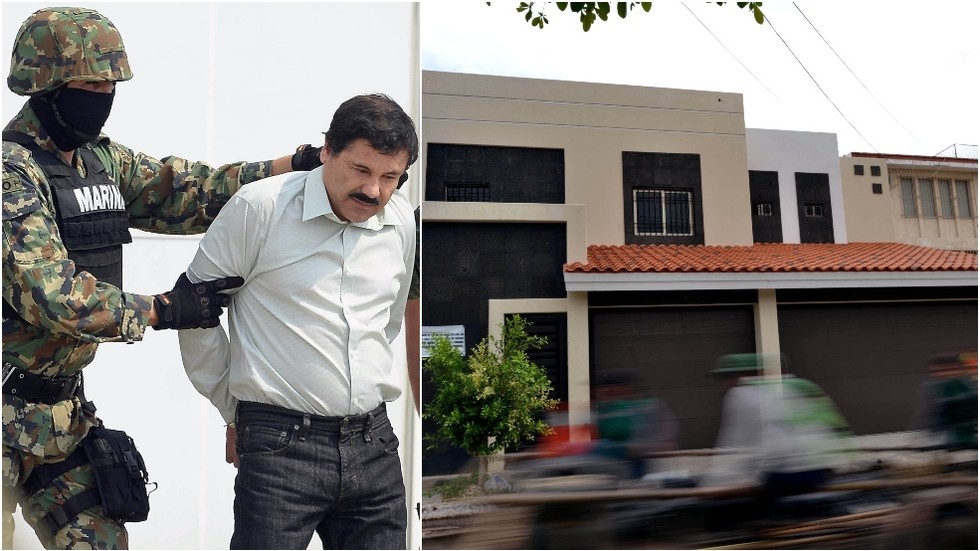 Ordinary people now have a chance to live in the houses used by Joaquin ‘El Chapo’ Guzman, the head of the ruthless Sinaloa drug cartel, who currently serves a life sentence in a US prison.

The six properties up for auction are located in Culiacan, the capital of the northwestern Sinaloa State in Mexico, which was Guzman’s main base of operation. All of the houses come equipped with furniture, home appliances and mattresses.

From looking at the pictures of the lots, it’s hard to tell that they belonged to one of Mexico’s most ruthless drug lords. What distinguishes them from average homes, however, is that each house has an escape tunnel connected to the city’s drainage system. Guzman used them to evade the police for years.

His love for the underground routes really helped him in 2015, when he famously escaped from jail via a tunnel that was dug right to a shower in his cell.

One house up for auction contains a similar tunnel under a bathtub, which has a hatch that is activated by a switch. Some of the properties have metal bars on the windows, and one had a reinforced metal gate which was destroyed during a police raid in 2014.

The prices for the houses start at 19.4mn pesos (roughly $1 million). The auction will take place on November 10. It is being held by the state-run Institute to Return the Stolen to the People, which was set up to sell off property seized from corrupt officials and gangsters. The organization’s head, Ricardo Rodriguez Vargas, said the money from the auction will be used to buy musical instruments for school bands in the southern State of Oaxaca.

In July, Guzman was sentenced to life in prison by a US court.