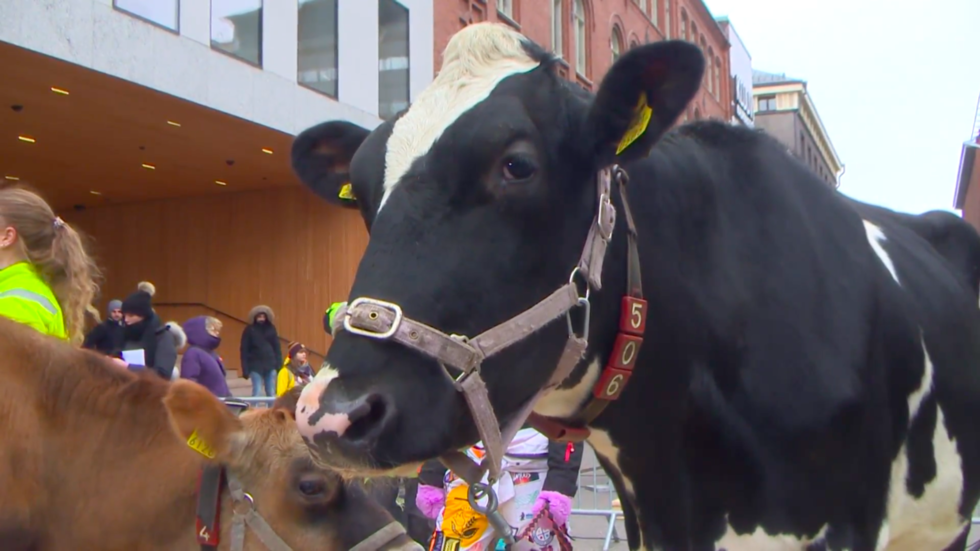 Two cows were seen grazing in Helsinki University on Tuesday, having been brought there by local farmers in a bid to give a positive outlook on cattle farming, after the university cafeteria pledged to take beef off its menu.

Activists were trying to prove responsible farming is actually beneficial for the ecosystem. “Today, we brought a few cows here from the center of Finland, and we are here to tell about the importance for agriculture and nature,” one farmer explained. She added that cows play a vital role in the environment because “they eat grass that we, people, can’t eat, so cows are a very important part of the natural cycle of grasslands.”

The UniCafe cafeterias, owned and operated by the Students Union of Helsinki University, announced in mid-October that they were dropping all beef dishes from their menus, starting from February 2020. That includes beef as an ingredient in sandwiches and rolls. They argued that removing beef from the menu would cut the carbon footprint of their meals by 11 percent, resulting in around 240,000kg less carbon dioxide annually.

A group of animal rights activists staged a protest nearby, with one student calling for an end to “destroying the lives of animals,” before adding that “we are living in a global ecological crisis.”
The University of Helsinki joins a series of institutions that have announced they are dropping beef in an attempt to reduce their carbon footprints – including the University of Cambridge and Goldsmith.

Farmers have been protesting elsewhere in Europe against perceived anti-farming bias and increased costs due to new regulations by blocking traffic with their tractors and demonstrating near official institutions, including the European Parliament.