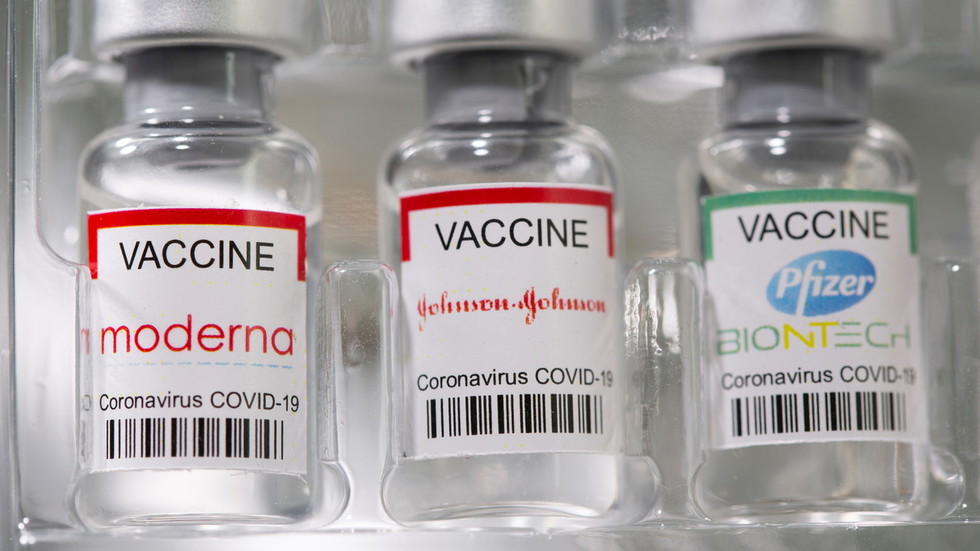 The US Food and Drug Administration has authorized a “mix and match” approach to Covid-19 vaccine booster shots, allowing for combinations of different vaccine formulations while extending booster approvals to Moderna and J&J.

The top US regulator announced the move on Wednesday, saying that in addition to Pfizer’s formulation, jabs developed by Moderna and Johnson & Johnson may now be used for booster doses. Moreover, the FDA also gave the green light to a “heterologous” – or “mix and match” – booster regimen, meaning those who took their first round with one immunization can receive a different vaccine as a booster dose.

“The amendments to the emergency use authorizations to include a single booster dose in eligible populations are based on the available data and information and follows the input from the members of our advisory committee,” said Peter Marks, director of the FDA’s Center for Biologics Evaluation and Research.

We are also taking action today to include the use of mix and match boosters… We will work to accrue additional data as quickly as possible to further assess the benefits and risks … and plan to update the healthcare community and public with our determination in the coming weeks.

Today, we took action to expand the use of a booster dose for #COVID19 vaccines in eligible populations. We’re amending the EUAs for the vaccines to allow for the use of a single booster dose: ⬇️ ⬇️ https://t.co/IIp42eOkJ7 pic.twitter.com/U3c1z3ZWRF

For those seeking a booster shot with Moderna’s inoculation, the FDA recommended recipients wait at least six months after completing their first round of vaccination, and set eligibility for those 65 and older, anyone aged 18 to 64 “at high risk of severe Covid-19,” or those in the same age group “with frequent institutional or occupational exposure” to the virus. Those requirements mirror the ones set for Pfizer boosters.

Johnson & Johnson’s shot, meanwhile, should be administered as a booster at least two months after a recipient’s initial complete vaccination, and was approved for those aged 18 and older, the FDA said.

Pfizer’s vaccine was the first to receive full approval from the agency late last month, and was the first authorized to be administered as a booster dose. While the FDA’s advisory panel initially voted 16-3 against universal boosters for all healthy Americans, saying only the elderly and those in high-risk categories should qualify, the regulator has steadily expanded booster eligibility since, effectively allowing for universal administration given its vague “occupational exposure” caveat.

Ahead of FDA approval, President Joe Biden had already announced a universal booster roll-out set to begin in September, though the hard date was proven premature given the FDA panel’s hesitancy to back the plan.

Mixed vaccine regimens are not an entirely new concept, however, with researchers in the UK now studying the effects of combined immunizations in a recently launched trial. Specifically, the study will review immune responses in younger recipients aged 12 to 15 when administered varying combinations of Pfizer, Moderna and Novavax, with some of them given in half-doses.