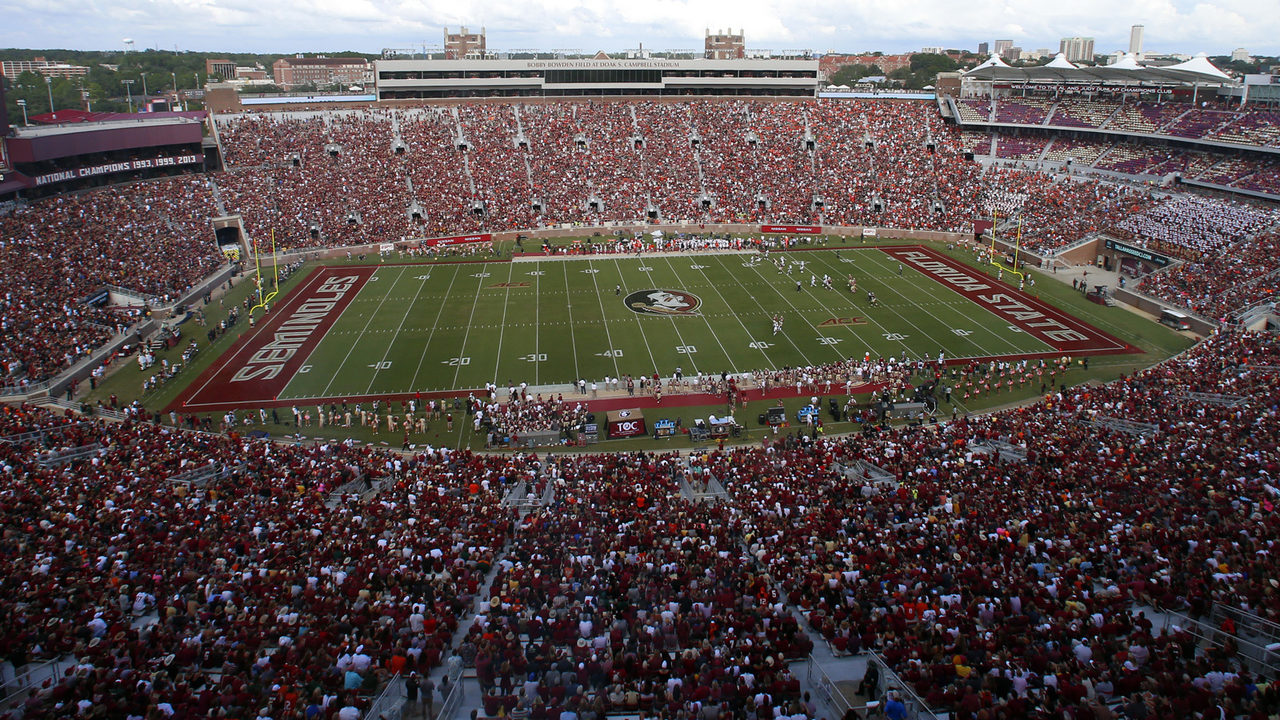 Florida State athletic director David Coburn would like the Seminoles to have a new head football coach by the end of the regular season.

The AD doesn’t seem to be wasting anytime; he doesn’t like the direction the football program is going and wants things to change.

The AD candidly said Monday — 24 hours after Willie Taggart was fired — he didn’t need to wait to see how the last three games of the season went before deciding to replace Taggart because no matter how it played out, a 6-6 season wouldn’t be acceptable.

“We looked at the pluses and minuses, and we didn’t really see any upside to waiting,” Coburn said. “We wanted to go ahead and get started with a search, see if we could get somebody in here ready to go as quickly as possible. Frankly, 6-6 isn’t good enough, and we didn’t see an advantage to waiting until the end.”

While it was clear Taggart was struggling — he was 9-12 in less than two seasons and 0-5 against Florida, Clemson and Miami, including the 27-10 loss to the Hurricanes at Doak Campbell Stadium on Saturday — Coburn said the moment was emotional as he sat down and informed Taggart of the decision.

“It was a rough weekend,” Coburn said. “I had to fire a friend” on Sunday.

No matter the cost.

Coburn estimates it will cost Florida State about $18 million to buyout Taggart, although the details have not been finalized.

“We looked at it pretty thoroughly,” Coburn said.

The administrators and boosters will hire a national search firm to help compile a list of names, and Coburn indicated he would like to have a hire made by the end of the regular season. Among the potential candidates: former Oklahoma coach Bob Stoops, Kentucky coach Mark Stoops, Minnesota coach P.J. Fleck and UCF coach Josh Heupel.

Mark Stoops, who was Florida State’s defensive coordinator from 2010-12 before going to Kentucky, addressed reports that his name is under consideration.

“Sitting around here, this is 6 1/2 years and you listen to coach (John Calipari) and every year he is going to the NBA, right?” Stoops said Monday during a break in Kentucky’s preparations for its game Saturday against Tennessee. “You just dismiss it and concentrate on the things that you can control. I am not going to get into speculation. I am going to talk about the University of Kentucky and Tennessee.”

Coburn did not indicate any criteria that Florida State administrators and boosters are looking for in the next coach, albeit the ultimate goal of adding a fourth national title to the Seminoles’ trophy case.

“We’re looking for somebody that can win national championships,” Coburn said. “We’re going to get back to the standard of Florida State University football. That’s what’s going to happen.”

While the school looks for that person, Coburn has appointed Odell Haggins as interim head coach. Haggins, who has been a Florida State assistant coach since 1994, has worked for Bobby Bowden, Jimbo Fisher and Taggart.

This is also familiar territory for Haggins: He went 2-0 as Florida State’s interim head coach after Fisher left to take the Texas A&M job in 2017. Haggins was also an All-American defensive tackle in the mid-1980s in Tallahassee and is frequently referred to as “Mr. FSU.”

Haggins is tasked with helping right the course as Florida State looks for two more wins to become bowl-eligible. The Seminoles play at Boston College on Saturday and then face FCS Alabama State before finishing the regular season at Florida.

“Coming up again, second time around,” Haggins said. “I think this is a blessing. God put me in this situation for a reason, because God knows in my heart what I think about are our players and Florida State University. Both feet in, both hands. All gas, no brakes. Let’s go.”

That currently seems to be standard operating procedure these days at Florida State.