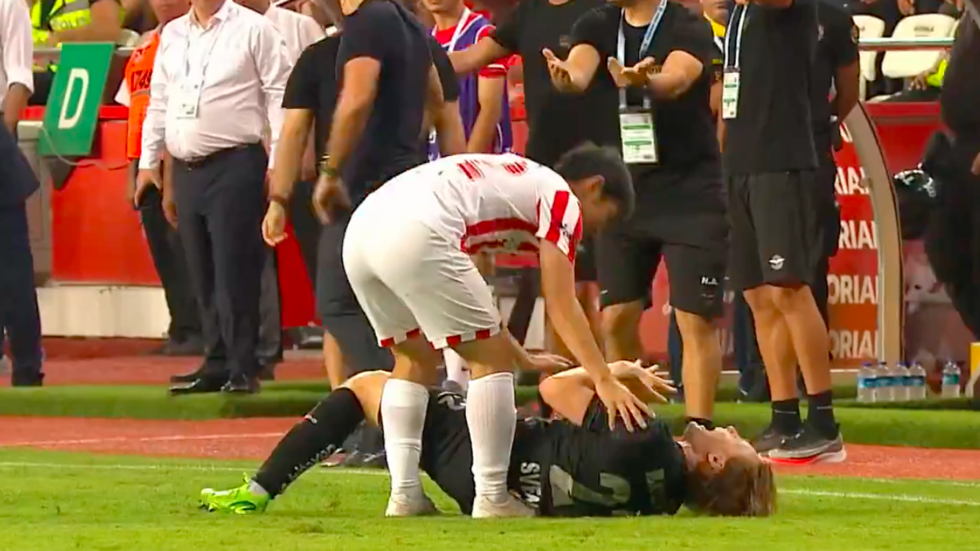 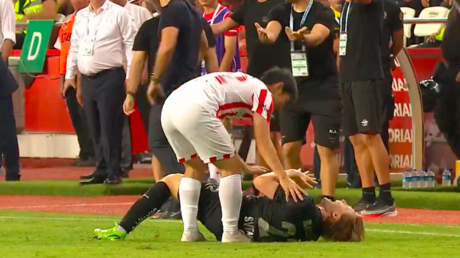 The family of Japanese footballer Shoya Nakajima were reduced to tears after he was sent off just 20 seconds after making his debut as a second half substitute for Turkish team Antalyaspor on Saturday.

Nakajima, a summer signing from Porto, was introduced to the Super Lig game with his team trailing to rivals Adana Demirspor by a goal to nil, with the 19-times capped international winger tasked with attempting to unlock what had proved to be a persistent backline up to the hour mark.

However, the 28-year-old’s eagerness to get involved may well have been his downfall when, without having touched the ball himself, he attempted a risky sliding tackle against an opposing player near the touchline.

Replays showed that the Japanese connected with his rival’s ankle, leaving him in obvious discomfort on the turf, and compelled the match referee to instantly flash a yellow card in his direction.

Shoya Nakajima made his Antalyaspor debut yesterday. Lovely moment. Family and friends in attendance. And then… err, well, watch for yourself.pic.twitter.com/0iOi79L5Wu

The drama did not end there.

The match official quickly received word from his assistant that the foul was significant enough to require a second viewing on a VAR monitor – and this evidence proved to be damning for Nakajima as his yellow was upgraded to red.

Nakajima instantly reacted to the situation with a smile but this quickly faded into an expression of shock as the gravity of the situation began to take hold.

But if the player was stunned, so too were his family who had visited the stadium to witness Nakajima’s debut for his new team – with his mother appearing to be distraught at the development as tears began to flow down her cheeks.

Incredibly, Nakajima was the third player to have been sent off by the card-happy referee during the game. His teammate Soner Aydogdu was issued with his own marching orders in the eighth minute, while former Ukraine international defender Yaroslav Rakitskyi, who moved to Adana Demirspor after leaving Zenit Saint Petersburg in March, was also sent for an early bath in a hot-tempered first half.

Nakajima’s dismissal proved to be too much for Antalyaspor to bear as they wound up losing the game by a score of 3-0.

And while they say that you never forget your first time, the Japanese star will surely be hoping that his debut match for his new club fades from his memory before long.