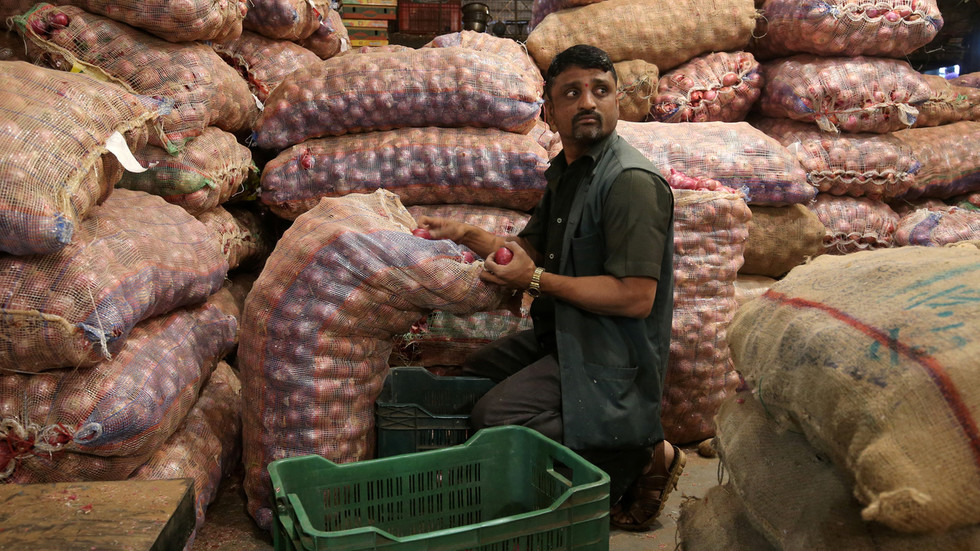 It is no longer just the fumes and pollution that are making Delhiites cry, as onion prices in the greater metropolitan area have spiked by some 40 percent in just one week amid unforeseen supply shortages.

Onion prices have reached Rs 60-80 per kg ($0.84-$1.12) from averages of just Rs 55 on October 31. The price spikes have been attributed to a supply-side shortage triggered by unseasonal rainfall which severely damaged crop centers in Maharashtra.

The government sought to assuage fears claiming that the price spike was only temporary but experts warn that price fluctuations could likely continue for another month.

“[Supply] is expected to improve in the coming days… Union government to act as a facilitator for import of onion. Phytosanitary and fumigation requirement to be suitably liberalized to facilitate imports,” said a statement issued by the Consumer Affairs Ministry.

Meanwhile, an inter-ministerial committee decided on Tuesday to temporarily relax fumigation regulations and bump up imports of the key kitchen staple to make up for the shortfall and help ease price inflation. Plans are underway to import onions from Afghanistan, Egypt, Turkey and Iran to boost supplies.

To add insult to injury, the beleaguered capital is already choking and spluttering through an air emergency as pollution has blanketed the city in thick smog, so the untimely price spikes may prove even harder to swallow as the government struggles to keep the citizenry calm.