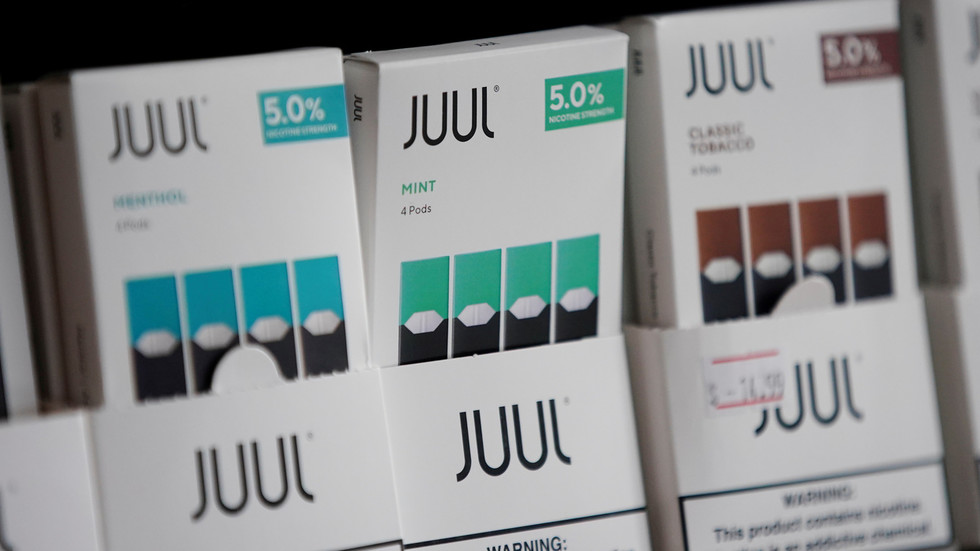 The new lawsuit against the firm was filed by its former senior vice president of global finance, Siddharth Breja, in the US District Court for the Northern District of California on Tuesday.

The lawsuit alleges that former Juul CEO, Kevin Burns – who stepped down in September – ran the company in a “dictatorial manner and fostered a culture of silence,” listing several examples of questionable business practices. Trying to oppose them has ultimately cost Breja his job, the former executive, sacked back in March, alleges.

In one instance, Breja sounded the alarm over nearly-expired products returned to the company by its distributors – which Juul intended to resell. The former executive suggested that they should have included an expiration date – or, at least a date of manufacture on their packaging, the lawsuit reads.

The concerns raised by Breja were allegedly dismissed by Burns in a firm and profane manner, however. The then-CEO said the customers would not tell the difference between fresh and expired products anyway.

Half our customers are drunk and vaping like mo-fo’s, who the f*** is going to notice the quality of our pods?

Early in March, Breja also called attention to a contaminated batch of around 250,000 ‘Mint Refill Kits’ – the equivalent of 1 million pods. The batch had already been shipped to retailers and placed on the shelves.

While Breja was instructed to charge the supplier of the faulty e-liquid, Alternative Ingredients Inc., some $7 million for the contaminated batch, his pleas to recall the tainted vape juice – or at least issue a warning – were ignored due to the financial damages such a revelation would likely bring. Breja himself, in turn, was scolded by Juul’s then-CFO, Tim Danaher, for lack of “loyalty” to the company, while his “financial acumen” was also questioned, the lawsuit alleges. About a week after the exchange, Breja was abruptly sacked.

The new scandal sits atop a raft of recent lawsuits against Juul, some blaming the company for causing various health issues, one even alleging wrongful death. The newest suit coincides with Juul’s decision to lay off some 500 workers by the end of the year in an attempt to restructure the company.

Juul’s troubles as a company mirror the situation in the e-cig market as a whole. The $11 billion global market now appears to be on the verge of collapse, as allegations about potential health issues related to vaping continue to mount.

In the US, over 1,600 cases of lung injury associated with vaping or smoking e-cigarettes have been registered, at least 34 of them resulting in death. The e-cig scare has already resulted in a ban on flavored vape liquids, withdrawal of ads by broadcasters and a halt on sales by major retailers. The US Center for Disease Control and Prevention, for its part, has advised the public to refrain from vaping altogether until the health risks are better understood.