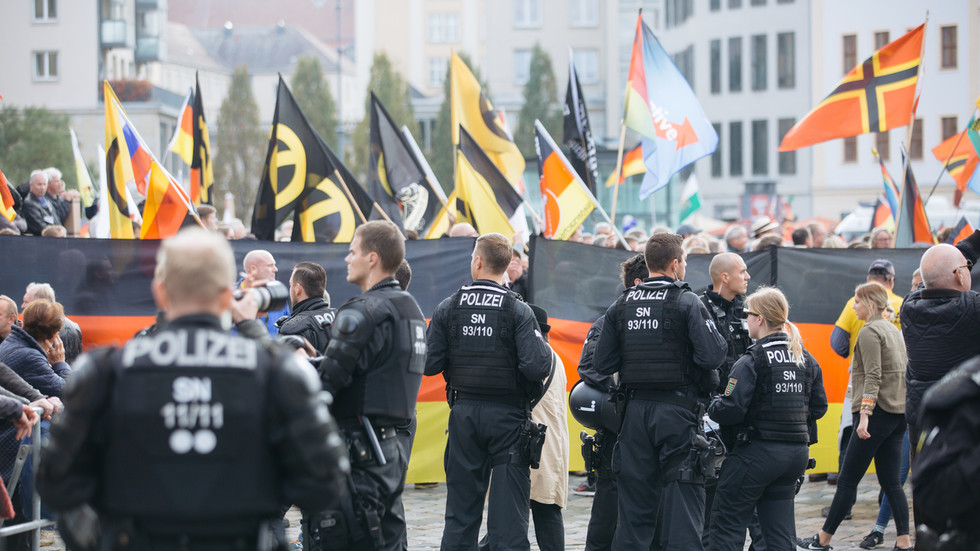 Dresden, the capital of Germany’s Saxony state, has hit the local headlines after city council members declared a “Nazi emergency” in the city.

The councillors noted “with concern” that anti-democratic and “right-wing extremist attitudes and actions, including violence in Dresden, are occurring with increasing frequency.” The statement titled “Nazi emergency?” was supported by 39 local lawmakers and opposed by 29.

“This city has a problem with Nazis,” said Max Aschenbach, a local MP from the satirical left-leaning ‘The Party’ (Die Partei), who introduced the motion. Beyond general calls for strengthening the “democratic everyday culture,” however, the document suggests few specific measures to tackle the apparent rise of the far-right.

The notion of a ‘Nazi emergency’ did not sit well with some of the councilors, though. Holger Hase from the Free Democratic Party argued it would tarnish the city’s image as it competes for the title of the 2025 European Culture Capital. Local MPs from Chancellor Angela Merkel’s Christian Democratic Union (CDU), who all voted against the resolution, called it “pure symbolism” and a “linguistic blunder.”

The lawmakers may have some reasons for concern, though, as, according to RAA Saxony, an NGO helping victims of far-right violence, the number of such attacks in Dresden grew from 52 to 60 per year between 2017 and 2018. The city is also known as the birthplace of the anti-immigrant and anti-Islamic PEGIDA movement that emerged amid a massive refugee wave in 2014 and still occasionally holds rallies in the city, even though attendance has greatly diminished since the height of the refugee crisis.

Germany’s eastern region of Saxony is also deemed to be a stronghold of the anti-immigrant Alternative for Germany (AfD) party, which saw a significant popularity boost at the latest regional elections in September, where the party gained 27.5 percent of the votes – up from 17.8 percent in 2014.

While it has been accused of inciting violence against foreigners, an AfD office in the Saxony city of Doebeln was itself rocked by an explosion of an “unknown substance” that detonated outside. Three people were detained over the incident.