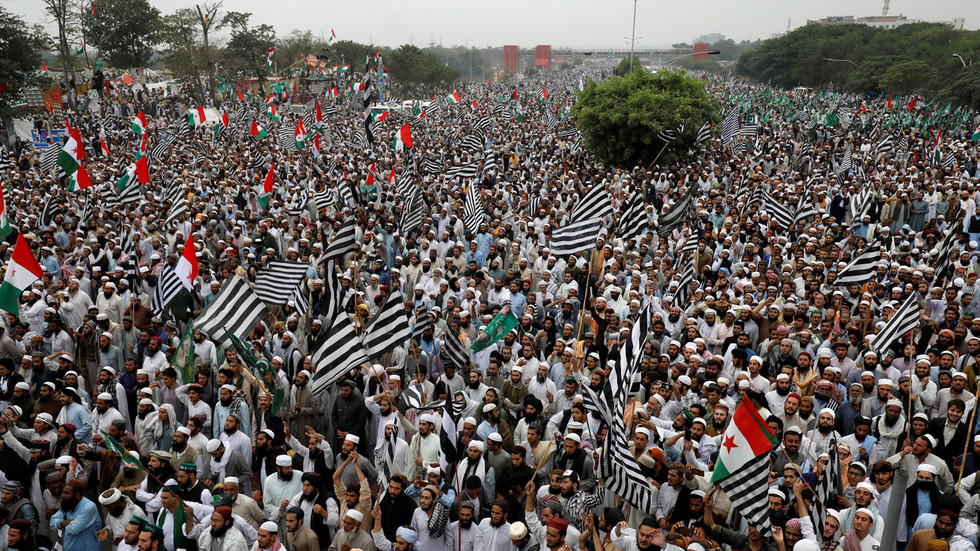 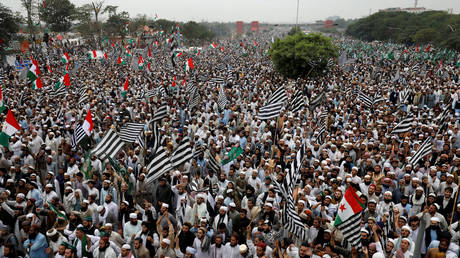 Addressing a crowd of anti-government protesters in Islamabad on Friday –  many from the Jamiat Ulema-e-Islam Party – Rehman stated “the Gorbachev of Pakistan must go,” calling Khran a traitor and a puppet.

We give him two days to resign, otherwise, we will decide about the future.

Leaving Lahore on Wednesday and reaching Pakistan’s capital the next day, the demonstrations have largely targeted the Prime Minister, insisting his previous election win was not legitimate, and now hopes to oust him from power.

“The elections of July 25 were fraud elections. We neither accept the results nor the government that came into power after those elections,” Rehman said. “We gave this government one year but now we cannot give them any more time.”

Khan himself appears to have kept a cool head over the protests so far, vowing to keep the demonstrators supplied with food as long as they remained in the capital to express their discontent peacefully, but assured the leaders of the march that their actions would not win concessions from the government.

“Gone are the days when one used to use Islam to gain power,” Khan told a rally in Gilgit-Baltistan. “This is a new Pakistan. Sit however long you want. When your food runs out, we will send more. But we will not give you an NRO [National Reconciliation Ordinance].”

Maulana Fazlur Rehman sets deadline of two days for PM Imran khan to resign. Says he can lead the charged crowd to PM house to arrest the ‘selected’ PM but he will not do that #AzadiMarch pic.twitter.com/Apt1tzpZ05