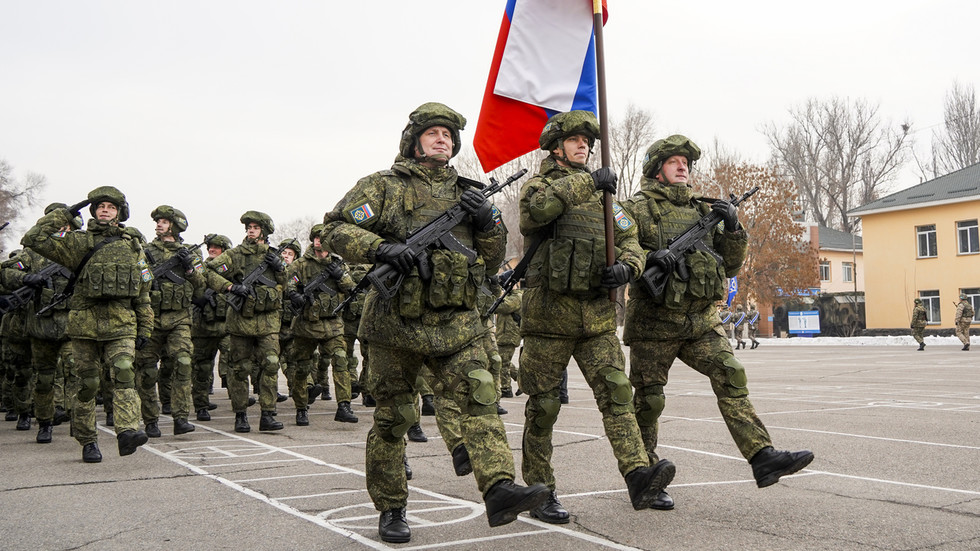 The arrival of the allied peacekeeping force had a “sobering effect” in Kazakhstan, the official believes

As the Collective Security Treaty Organization (CSTO) wraps up its peacekeeping mission in Kazakhstan, the top official of the Russia-led military bloc talked about the course of the deployment and its results with RT.

Kazakhstan faced a rocky start to the new year, as a wave of violent unrest broke out on the back of protests triggered by a sharp hike in fuel prices. As the initially peaceful protest devolved into violence and rioting in a matter of days, Kazakh President Kassym-Jomart Tokayev reached out for help from the six-member military bloc, which includes Armenia, Belarus, Kazakhstan, Kyrgyzstan, Russia, and Tajikistan. He did so in accordance with Articles 2 and 4 of the Collective Security Treaty.

Hundreds of CSTO peacekeepers from all of the allied countries were promptly sent into Kazakhstan to guard key strategic facilities, such as power plants and airports. The peacekeeping mission turned out to be short-lived, with the force beginning its withdrawal on Thursday. It is expected to pull out in full within two weeks.

As the withdrawal began, RT spoke with CSTO Secretary-General Stanislav Zas, who gave his early evaluation of the mission, which became the first-ever major deployment of the Russia-led alliance in its 20-year history.

Zas called the peacekeeping mission a success, arguing that it succeeded in its main goal – helping the country’s authorities stabilize the situation on the ground. He added that the troops were welcomed by the locals in Kazakhstan, with zero incidents registered during the mission.

“The attitude was good. The people showed understanding about the arrival of our peacekeeping force in the country,” Zas said. “Over these days, no clashes or anything occurred between the peacekeepers and local population.”

The peacekeepers did not engage in combat, and there were no attempts to attack the facilities guarded by the CSTO forces, according to the official. He believes that the mere presence of the peacekeeping force contributed to the stabilization of the security situation in the country.

“There were no direct clashes with armed gangs or terrorists at the facilities that were guarded by the peacekeepers. Generally, I must say that the arrival of peacekeepers had a sobering effect. Everyone understood that they would not joke around,” Zas said.

While the situation in Kazakhstan has “stabilized” over the past few days, it’s still far from becoming “normal” again, Zas said. The state of emergency remains intact in certain parts of the country, while local authorities still have a lot of work to do to bring life back to what it was before the turbulent events of early January, while continuing to pursue those behind the violent unrest.

“We can talk about stabilization. Unfortunately, it is still impossible to speak, and it is premature to speak, about the normalization of the situation,” Zas stated. It was, however, highly unlikely that things could soon descend into violent unrest again, he said.

I’m almost certain that’s impossible … everyone drew conclusions for themselves from this situation. Not only the Kazakh people, but also the leadership of the country. Therefore, I do not believe in any new surge, any attempts of some revanche.

While the peacekeeping mission appeared to be successfully accomplished, it also provided an invaluable experience for the alliance, Zas said. The course and the outcome of the mission will be carefully evaluated further, likely resulting in certain “tweaks” of the CSTO, he said.

“That system, those mechanisms that we have created in the CSTO, they have really worked now, and they have worked well. I don’t see any need to radically rebuild or change anything. We will make tweaks of course,” Zas stated.