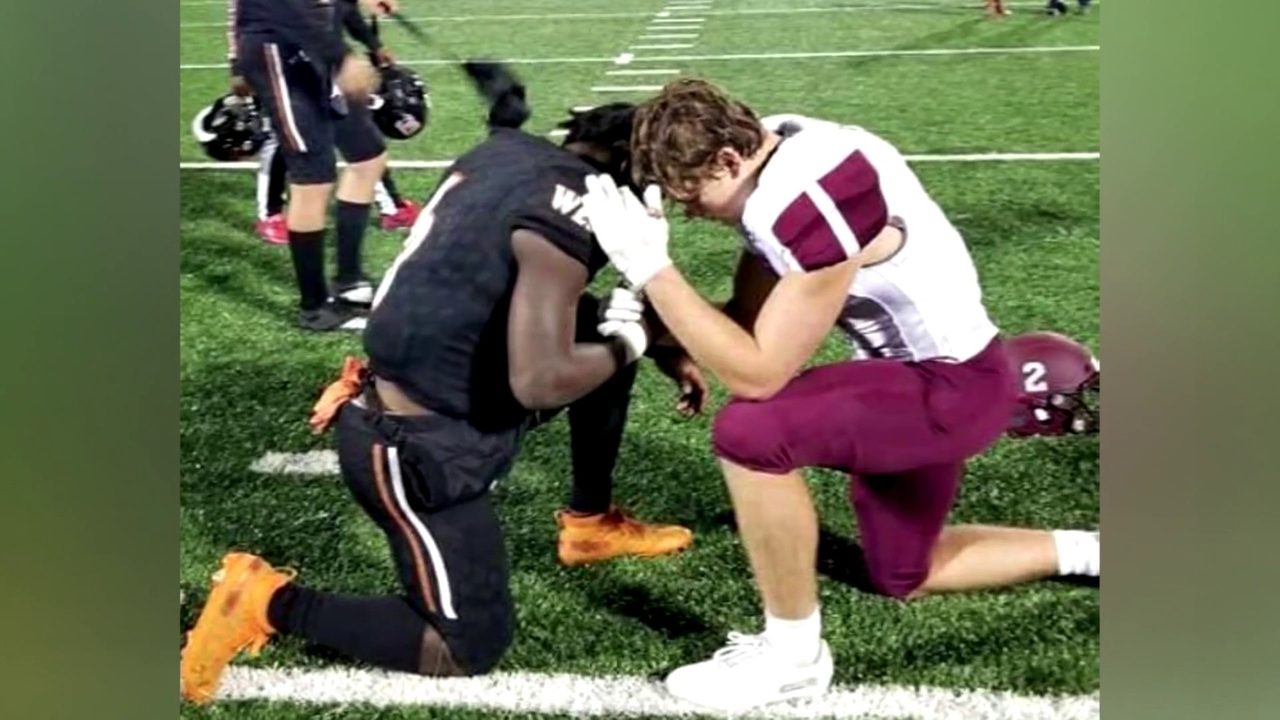 Two high school football players went head-to-head during a game in Texas Friday night, but they captured many people’s hearts when they bonded after.

Sherman High School senior Gage Smith said he knows West Mesquite player Ty Jordan from a select 7-on-7 team they both played on.

Jordan’s mom is battling cancer and Smith asked to pray with him after the game.

“I just had a moment with him praying over him, his mom, and his family,” Smith said.

Smith said in that moment it was not about the score or being opponents, it was about showing compassion.

Jordan’s aunt posted the pictures on Facebook expressing how much the gesture meant to their family and so far it has over 140,000 shares.

“To see that it blew up I was very surprised by it, and I wasn’t expecting it to be like that you know, I was just doing it for him and doing it for his mom and his family,” Smith said.

Sherman head football coach J.D. Martinez said Smith has been a team leader on and off the field.

“He’s a true leader, and he has compassion, and it followed through for a lot of the guys on the team,” Martinez said.

Martinez says his wife happened to capture the special moment.

She sent the pictures to Smith’s mom, who passed them on to Jordan’s family.

“It’s pretty special that kind of everybody gets to see really what he is, he’s that type of kid all the time, it’s just not in front of the cameras or anything like that, he’s like that every day,” Martinez said.

“Football brings people together in so many different ways, and that was just one example of it that night,” Smith said.