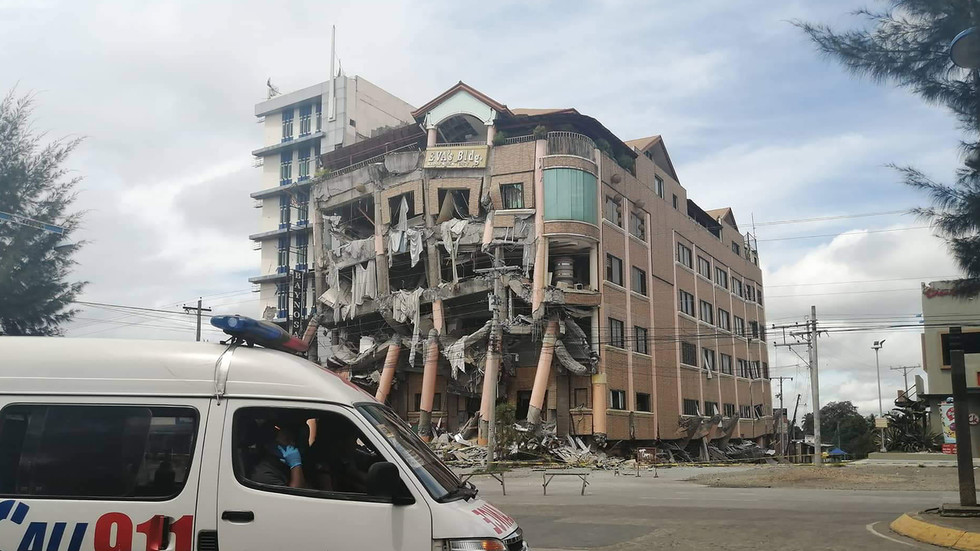 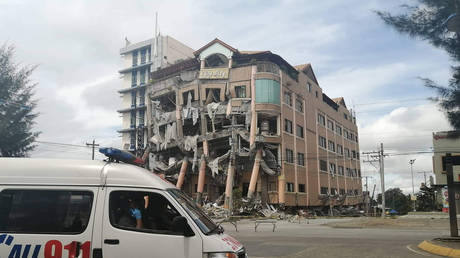 A high-rise hotel and a number of other structures were nearly destroyed in the Philippines after the island nation saw its second major earthquake this week, registering 6.5 magnitude on the Richter scale.

Several cities across Mindanao were hit by the tremors Friday morning, which knocked out power for thousands in the affected area. No casualties or injuries have yet been reported.

In photos circulating online, a hotel in Kidapawan City known as ‘Eva’s’ appears to have been almost completely demolished in the seism, with serious damage done to the building’s facade

#BREAKING: Another massive #Earthquake hits the Philippines – no #Tsunami threat to Hawaii https://t.co/NXYTbuxMHv

Emergency responders continued to pour into Kidapawan City to deal with the aftermath of the quake. According to the Department of Social Welfare and Development, over 4,000 people in the region hit were still in evacuation centers following a 6.6 magnitude quake in nearby Davao City on Tuesday morning, which left at least seven dead.

Unfortunately, Davao was not spared Thursday’s jolt either. Residents at one large condo building with significant damage could be seen climbing from the debris in photos on social media.

A woman exits through the window of her condominium unit in Davao City after a strong quake rocked Mindanao on Thursday morning. | Photos by Cardio Ped Don #MindanaoQuake pic.twitter.com/K0C8XmvTOE

Parts of another building in Davao collapsed as well, leaving a taxi crushed under the rubble.

Structures in nearby Digos, about 33 miles north of Kidapawan, also appear to have sustained serious damage, some beginning to collapse in on themselves.