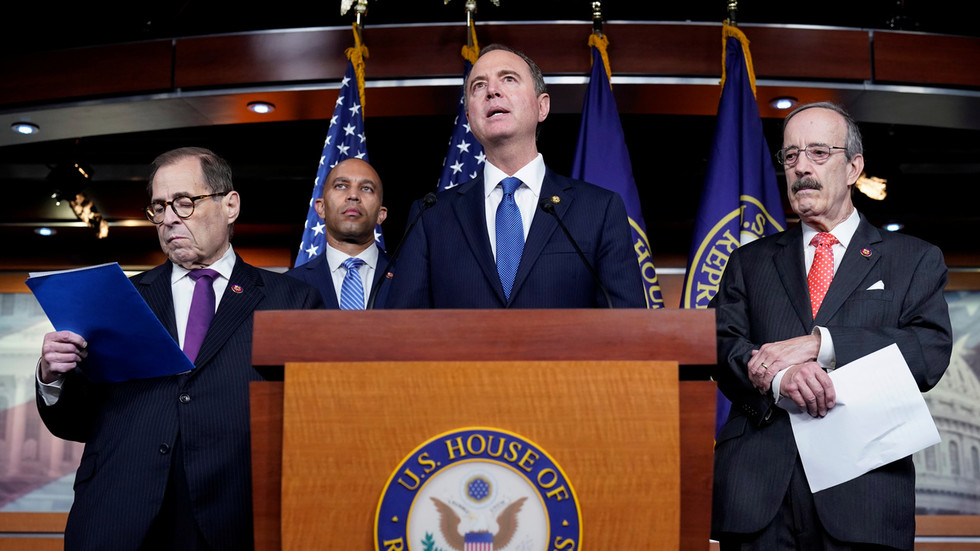 Formerly secret interviews with former US Ambassadors Marie Yovanovitch and State Department adviser Michael McKinley have been made public by the House, as part of the Democrats’ impeachment probe of President Donald Trump.

House Intelligence Committee chair Adam Schiff (D-California) released the transcripts of the interviews on Monday, under the rules of House Resolution 660. Adopted by the House last week, over the objections of all the Republicans and two Democrats, the resolution retroactively authorized the impeachment probe three committees had been conducting, and put Schiff in charge of it.

Yovanovitch was the US ambassador to Ukraine until she was recalled by Trump in May. She testified on October 11. McKinley served as adviser to Secretary of State Mike Pompeo until he resigned on October 10, accusing Pompeo of failing to support Yovanovitch and other State employees. He appeared before the impeachment committees six days later.

Releasing the transcripts, Schiff said they would show Trump attempted to “manipulate the levers of power to his personal political benefit,” and the “contamination of US foreign policy” by the president’s “irregular back channel,” referring to Trump’s attorney Rudy Giuliani.

Transcripts of interviews with Ambassadors Kurt Volker and Gordon Sondland are expected to follow Monday’s release.

Democrats are accusing Trump of improperly pressuring Ukraine into investigating former VP Joe Biden, now a candidate for the 2020 presidential nomination. Trump says there was nothing improper in the contacts, and that he sought Kiev’s cooperation in tracking down the origins of the ‘Russiagate’ conspiracy theory and rooting out corruption, including a gas company giving Biden’s son a seat on its board.

Deposition of Ambassador M…. by RT America on Scribd

The McKinley testimony is available here:

Deposition of P. Michael Mc… by RT America on Scribd