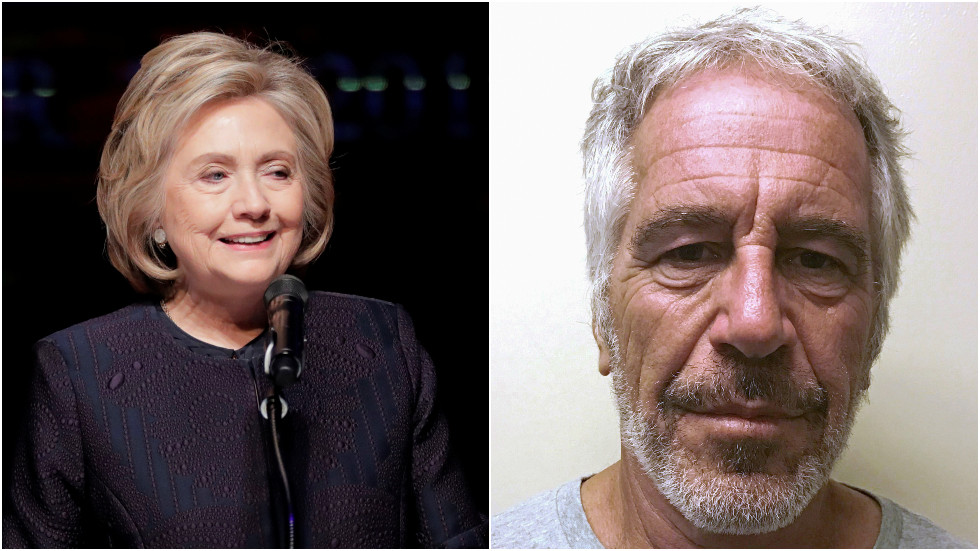 In an appearance on the Daily Show, Hillary Clinton was asked to weigh in on her role as the arch nemesis of conservatives, and how – not if – she added Jeffrey Epstein to the “Clinton body count” theorized by conspiracy buffs.

“I have to ask you a question that has been plaguing me for a while, how did you kill Jeffrey Epstein?” host Trevor Noah asked on Thursday’s show, getting an outburst of laughter out of Clinton. “You seem to be behind everything nefarious, and yet you do not use [that power] to become president.”

Before she could spill the beans, Noah rolled out his next question, asking what it was like to be the “bogeyman of the right” and the subject of countless internet conspiracy theories.

"they are crazy and persistent in putting forth these crazy ideas" You mean like the "Everyone that doesn't agree with me is a russian asset" talk?

“Well, it’s a constant surprise to me … because the things they say – and now, of course, it’s on steroids with being online – are so ridiculous, beyond any imagination that I could have,” Clinton said.

They are so persistent in putting forth these crazy ideas and theories. Honestly, I don’t know what I ever did to get them so upset.

The more conspiracy-minded corners of Twitter were quick to give Clinton some ideas, however, with many skeptical commenters rushing to posit her role in Epstein’s death and other shadowy plots.

A number of theories centered on the Clinton family have emerged after the financier’s demise, intensified by reports that he was a personal friend to Bill Clinton. Epstein was found dead in his Manhattan jail cell in August, where he awaited trial on sex trafficking charges. While officials ruled the death a suicide, pathologist Michael Baden questioned that conclusion earlier this week, suggesting Epstein’s autopsy results more closely resembled a murder.

Some netizens mused that the Clinton conspiracy had compromised the Daily Show host as well, or even put his life in danger, even though Noah “1000% … asked her permission to ask [the Epstein question] beforehand.”

Still, somebody should check on him.

Clinton’s hysterical laughter over a dead body at the Daily Show was not her debut in the world of comedy. While still in office in 2011, she told reporters a gut-buster about the brutal roadside execution of Libyan leader Mummar Gaddafi after a US-led bombing campaign ousted him from power, cackling:

With Libya still a smoldering ruin plagued by violence some eight years after Gaddafi’s overthrow, the joke has not aged well, and might help explain what’s gotten Clinton’s critics so “upset.”

In another hilarious wisecrack during a 2010 State Department meeting on whistleblowing, Clinton allegedly asked department colleagues “Can’t we just drone this guy?” referring to Julian Assange, co-founder of anti-secrecy organization WikiLeaks, which has published thousands of classified government documents. Though Clinton says she doesn’t remember the comment, she insisted “It would have been a joke, if it had been said.”

Notwithstanding another presidential run, perhaps a career in stand-up comedy is in the wings for the former secretary of state.