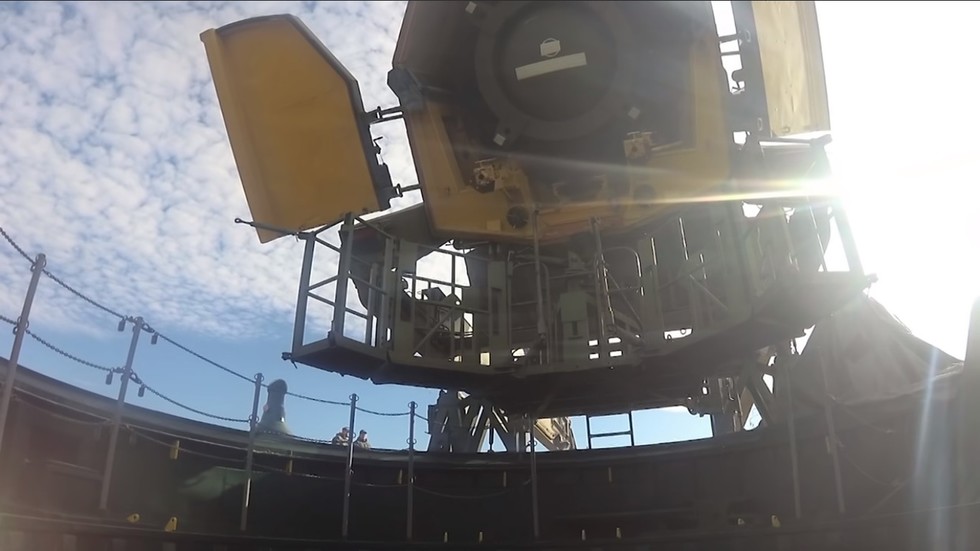 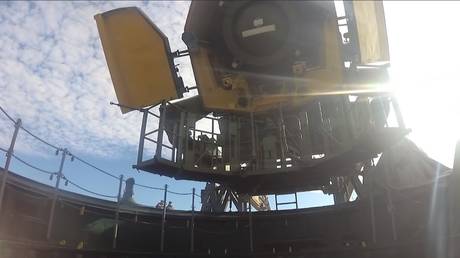 Placing a long cylinder in a hole in the ground can be tricky, especially if that cylinder weighs over 50 tons and has several 300-kiloton nuclear warheads on top. This video from the Russian Defense Ministry shows how it’s done.

The rare footage released on Friday shows the process of placing the RS-24 Yars intercontinental ballistic missile into its silo. Yars is the heavier upgraded version of the Topol-M missile and is primarily a hard-to-catch ground-mobile weapon, but a silo-based variant also exists.

The video published on Friday shows a military convoy headed by a 4-axle towed transporter-loader vehicle move to a silo located at a classified location somewhere in the Kaluga region. The missile in its transport container is then raised in a vertical position, exposing the tightly-packed 16 wheels of the trailer that allow it to carry the massive weight.

According to the defense ministry, the three-stage solid-propellant ICBM alone weighs 50 tons and takes several hours to place inside its silo.

Most of Yars specifications are classified. The missile is said to have a range of up to 12,000km and carry at least three independently targetable warheads as its payload. Compared to its predecessor, Yars is said to have a faster accent phase and improved anti-interception measures.