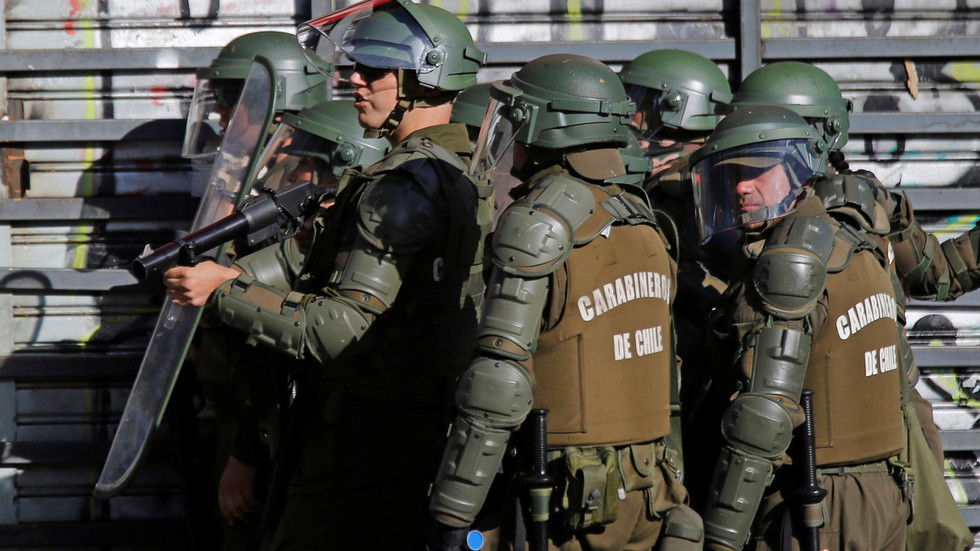 Human Rights Watch’s director has condemned the Chilean government for its brutal treatment of peaceful protesters, but has fallen silent on similar human rights abuses in European states like France and Spain.

Slamming “police misuse of rubber projectiles and gas canisters” in the government crackdown against the massive protests in Chile, HRW executive director Kenneth Roth tweeted photos of some of the injured protesters. Some 26 of the victims have completely lost eyesight in one eye over just two weeks of protests.

Chilean protesters are losing their eyesight because of police misuse of rubber projectiles and gas cannisters. https://t.co/CAYpARdE1f pic.twitter.com/grbctS3Tux

The stories coming out of the country, including video of what appears to be deliberate maiming at the hands of government forces, are certainly disturbing, recalling similar scenes under the US-backed dictator Augusto Pinochet from the 1970s and 80s. The government has declared war on the protesters, despite largely peaceful demonstrations against neoliberal austerity.

But Roth’s condemnation of the authorities’ assault on human rights in France, where police have used similar tactics to the Chilean authorities against Yellow Vest protesters over the last year, is severely muted. Over 100 of those protesters have suffered documented serious injuries, including at least 24 who have lost eyes. He last called out the French police in January for using rubber bullets to blind peaceful demonstrators, and HRW published a report in December 2018 slamming the violent “crowd control” tactics.

But lately, Roth is more concerned that French President Emmanuel Macron call out China for human rights abuses – France’s own abuses are all but forgotten. The country’s page on HRW’s website does not mention the police crackdown on the Yellow Vests at all, instead focusing on the rights of migrants in France. French citizens demonstrating for their rights are all but forgotten.

Social media users also challenged Roth for overlooking violence by the Spanish authorities against protesters in Catalonia – including the use of rubber bullets, which are banned. Four protesters have reportedly lost their eyes in the Spanish province since unrest flared up last month, fueled by the sentencing of nine pro-independence politicians.

Meanwhile Spain does the same and @HRW keeps silent.https://t.co/zanQjTsdJZ

In #Catalonia, Spanish police have been using them even though they were BANNED by the Catalan Parliament in 2014. Four protesters have lost their eyesight so far.#StandUpForCatalonia

Like France, HRW’s page on Spain confines itself to the rights of migrants in the country, giving the issue of Madrid’s crackdown on pro-independence protesters a wide berth. It’s difficult to ascertain whether there’s a conflict of interest – HRW officially accepts no government funds – but its decision to focus on abuses outside of Europe and the US speaks to a certain bias in its coverage. Like many NGOs, there is an agenda aside from the one on its letterhead. Some human rights, it seems, are more important than others.