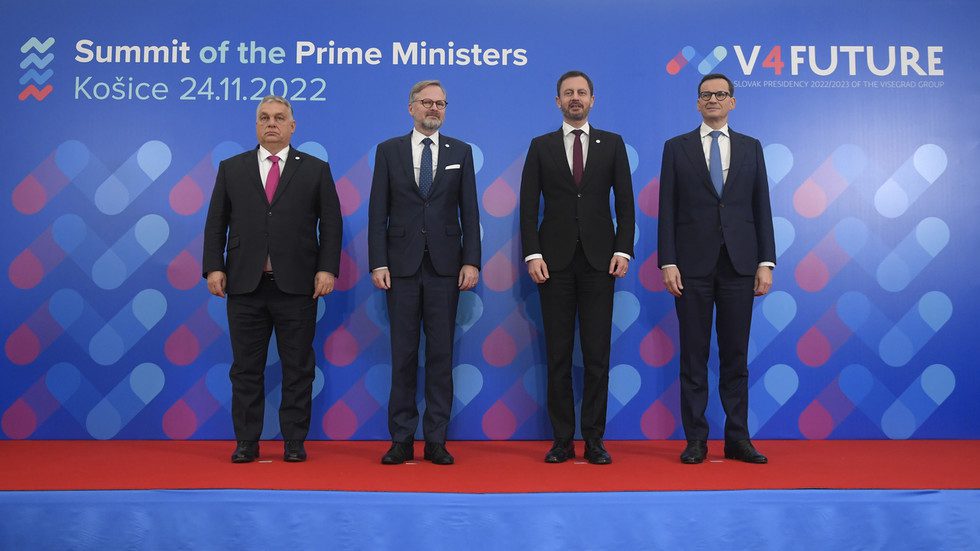 Hungarian Prime Minister Viktor Orban has promised that Finland and Sweden’s NATO membership bids will definitely be among the first items on the agenda when the country’s parliament reconvenes next year, likely around mid-February.

“I would like to underline that the Swedes and the Finns have not lost a single minute of membership because of Hungary,” Orban said, as cited by Euronews, adding that the prime ministers of Poland, Czech Republic and Slovakia had nudged him to move forward with the process during their meeting on Thursday.

“We have already confirmed to both Finland and Sweden that Hungary supports the membership of these two countries in NATO, and at the first session of next year, Parliament will put this on the agenda,” the Hungarian PM stated, apparently after facing pressure to voice a clear timeline during a Visegrad Group meeting in Slovakia.

Last month, Orban’s chief of staff Gergely Gulyas said there was a “good chance” the Hungarian parliament would vote before its autumn session ends mid-December. The parliament usually reconvenes in early February.

In May, amid Russia’s military campaign in Ukraine, Sweden and neighboring Finland broke with their decades-long neutrality stance and formally applied for NATO membership. While the bloc accepted the requests, the Nordic nations’ bids have to be ratified by all 30 member states, and Türkiye and Hungary’s approval is still pending.

Earlier this month, German Foreign Minister Annalena Baerbock rebuked Budapest and Ankara for delaying the ratification process, insisting that there is a “crystal clear basis” for allowing the two Nordic nations to join the military bloc.

Hungarian officials have repeatedly stated their support for NATO expansion, and the measure is expected to be easily passed once it comes to the floor. Meanwhile, Ankara is demanding that Stockholm and Helsinki do more to fight “terrorism,” particularly Kurdish groups which are outlawed in Türkiye. Negotiations on the matter are still underway.