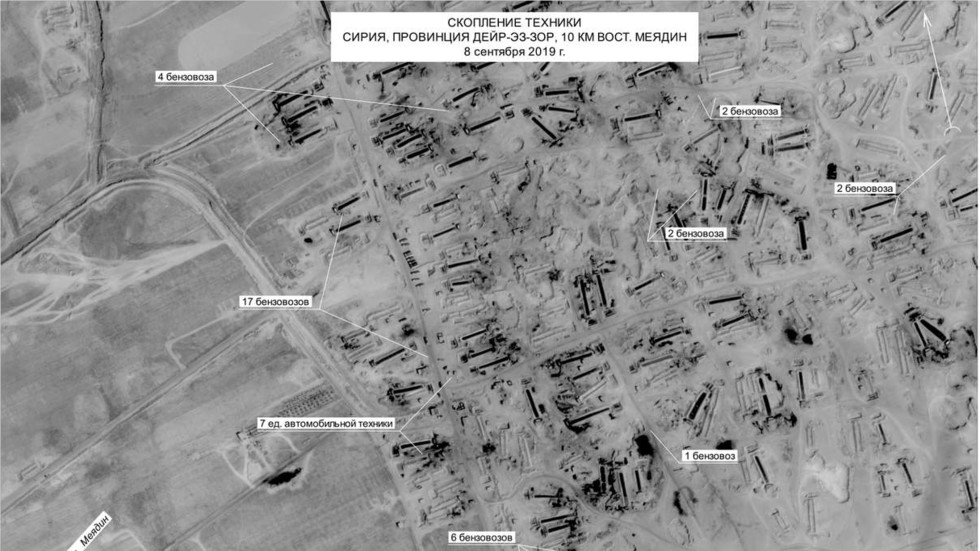 Donald Trump is not trying to hide Washington’s true policies and intentions behind the doublespeak about freedom and democracy – and that makes him arguably the best US leader, Syrian President Bashar Assad has admitted.

“We’ve stayed back and kept the oil,” Trump reiterated on Friday, reaffirming the main US interest in Syria and making clear that all less immediately lucrative and longer-term endeavors like keeping peace and reconstructing the devastated country should be taken care of by someone else. “Other people can patrol the border of Syria… let them – they’ve been fighting for a thousand years…”

Trump’s remarkably blunt approach was even commended by Syria’s Assad, who sarcastically noted in a recent interview that American Nobel peace prize laureate presidents always pose as the “defenders of human rights and noble and unique American values” but rarely admit to simply being “criminals who represent the interests of American lobbies.”

He is the best American President, not because his policies are good, but because he is the most transparent president… What can be better than an honest enemy?

Since discovery of oil in MidEast, many in region said: U.S. only here to steal our oil.

Not sure if Americans realize but these pictures of U.S. troops in northeast Syria are HUGELY damaging to U.S. image. pic.twitter.com/C3exwUbHtD

While giving Trump credit for not mincing words declaring “we need oil,” “we want to get rid of someone,” or “we want to exchange favours for money,” Assad noted that the crumbled moral high ground façade only revealed what’s always been there.

Oil fields in the Deir ez-Zor governorate, east of the River Euphrates, were captured by US-backed Kurdish militias as they advanced on Islamic State terrorist forces. After pulling its ‘advisers’ back from the Syrian-Turkish border, Washington makes no secret of the fact that it keeps an illegal military presence in the area in order to deny Damascus access to its natural resources.

According to Russia’s estimates, each month the US smuggles crude worth $30 million out of Syria – not only in violation of international law but, ironically, also in breach of its own unilateral sanctions against the war-ravaged state.