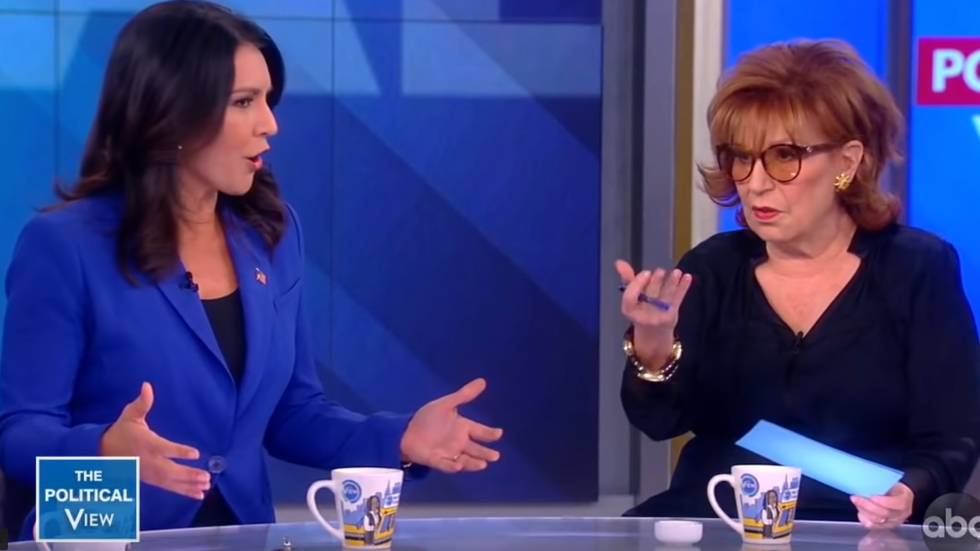 Democratic presidential candidate Tulsi Gabbard faced off in a fiery exchange with The View’s Joy Behar after taking issue with being branded a “useful idiot” by the co-host on a previous episode of the show.

A clearly fed up Gabbard confronted the hosts who have previously maligned her as a Russian asset and “Assad apologist” over her views on the war in Syria. The anti-Gabbard media hysteria was kicked up a notch after failed presidential candidate Hillary Clinton also suggested she was being groomed by Moscow to run as a third party disrupter candidate.

“You are implying that I am too stupid, and too naive, and lack the intelligence to know what I am doing.” — @TulsiGabbard #TheView pic.twitter.com/Fg5bXVVhuZ

“Some of you have accused me of being a traitor to my country, a Russian asset, a Trojan horse or a useful idiot, I think was the term that you used,” she said, directing her words at Behar.

In an attempt to backtrack ever so slightly, Behar said that she hadn’t meant to imply that Gabbard was a witting asset of Russia and might be an “unwitting” asset instead. “Not that that means you’re stupid, but people can be used,” Behar suggested.

“That exactly what that means though,” Gabbard shot back, saying it was offensive to suggest she was an unwitting asset of another country.

“If you are saying it’s not deliberately, then you are implying that I am too stupid and too naive and lack the intelligence to know what I am doing. And that is extremely offensive to me and to every woman of color,” the Hawaii congresswoman said.

Things continued to heat up as Behar brought up the fact that Gabbard branded Clinton “queen of warmongers” and the “personification of the rot that has sickened the Democratic Party” in a tweet.

On The View, Gabbard called Clinton’s comments “outrageous and offensive on so many levels.”

When Behar asked for “evidence” of Clinton’s warmongering behavior, a stunned Gabbard shot back: “Are you serious?” – before listing off some of Clinton’s greatest war-cheerleading hits.

“I served in the war in Iraq that she championed. She championed the regime change war in Libya…Hillary Clinton, throughout her career, has led the foreign policy of interventionism and being the world’s police, going and toppling dictators in other countries that cost such destruction and loss of life.”

“Are you serious?”
*me internally raging at wine aunt Joy’s obliviousness* pic.twitter.com/Rh0Cfk2gMZ

Tulsi Gabbard: Hillary Clinton is a warmonger.
Joy Behar: What evidence do you have that shows…
Tulsi Gabbard: Bitch, I served in the damn war.

Co-host Meghan McCain was less antagonistic toward Gabbard, saying that the reason some Republicans were drawn to her was because she doesn’t treat them like “garbage.”