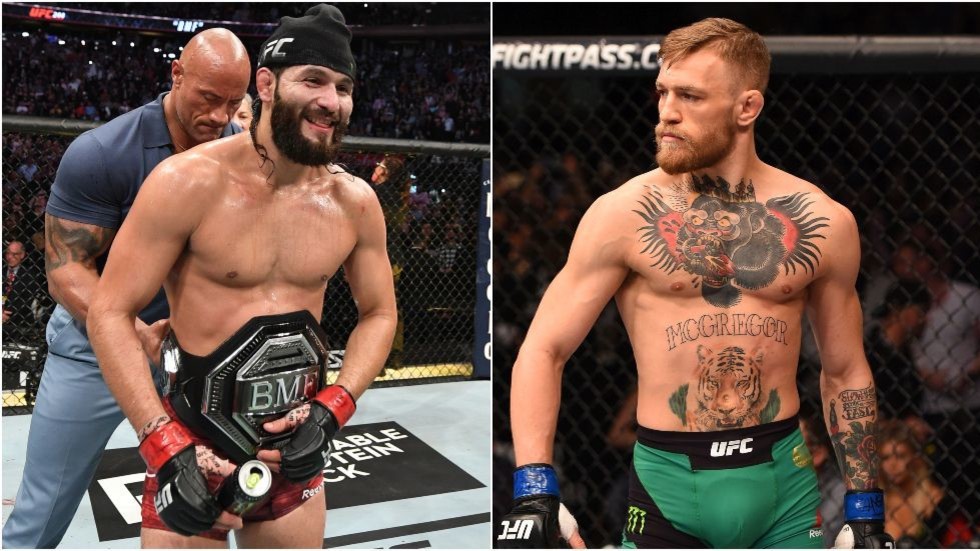 Jorge Masvidal, the UFC’s newly-crowned ‘BMF’, has vowed to “f*ck Conor McGregor up” if their paths ever cross in the octagon.

Masvidal beat Nate Diaz in the main event at UFC 244 at Madison Square Garden on Saturday night, with doctors preventing Diaz from going out for the fourth round due to a severe cut above his right eye.

The decision drew an anticlimactic end to one of the most anticipated MMA showdowns in recent memory, but came after Masvidal had dominated his fellow veteran brawler throughout the first three stanzas.

Masvidal signaled immediately afterwards that he would agree to calls for the pair to run it back, but also had a warning for former two-weight champ McGregor – who himself had targeted the winner of the fight as part of his comeback plans for next year.

“You know what the f*ck I’ll do to that little dude, I’ll f*ck that little guy up. He’s a f*cking midget!” the 5ft 11in Masvidal said of the 5ft 8in McGregor at the post-fighter presser in New York.

Jorge Masvidal says Conor McGregor punches old dudes in the face because those are fights he can win. @GamebredFighter #UFC244 pic.twitter.com/2bwPIgTOPq

“Dana White, president of this motherf*cking company, said that I’m too much of a man for him. I get it why people want to see him hurt for the stunts he’s been pulling.

“But he don’t want this sh*t, he’s just talking so he can get his name out there.

“You see he punches old people in the face because those are fights he could win.”

Masvidal, 34, was referring to the recent charge McGregor faced for striking a man in a Dublin pub earlier this year.

McGregor was convicted of assault in a court in the Irish capital on Friday and ordered to pay a €1,000 fine (approximately $1,100).

McGregor, 31, used a recent promotional tour to Moscow to outline his octagon comeback plans, stating he would return on January 18 in Las Vegas against an as yet unnamed opponent, before targeting the winner of the Diaz-Masvidal bout and then a rematch with Russian lightweight ruler Khabib Nurmagomedov later in 2020.

Donald ‘Cowboy’ Cerrone is widely seen as being the man to first face McGregor in 2020, although his intentions of facing either Diaz or Masvidal may now have taken a hit amid the calls for the pair to throw down again.

Nonetheless, should Masvidal and Diaz meet again early next year, it would still allow the winner to then meet McGregor in the summer – assuming either of them were interested.

McGregor had been largely derisory of the BMF title bout during the run-up to it, claiming that the idea came to fruition because of him, and firing out social media barbs when the belt was unveiled.

Tell them I want that spit shined. https://t.co/6Yci9w9Wcf

McGregor has spent most of his time at featherweight or lightweight – holding concurrent UFC titles at both weights – but stepped up to welterweight to face Diaz in their double-header in 2016, meaning a bout between ‘The Notorious’ and ‘Gamebred’ Masvidal at 170lbs would not be out of the question.