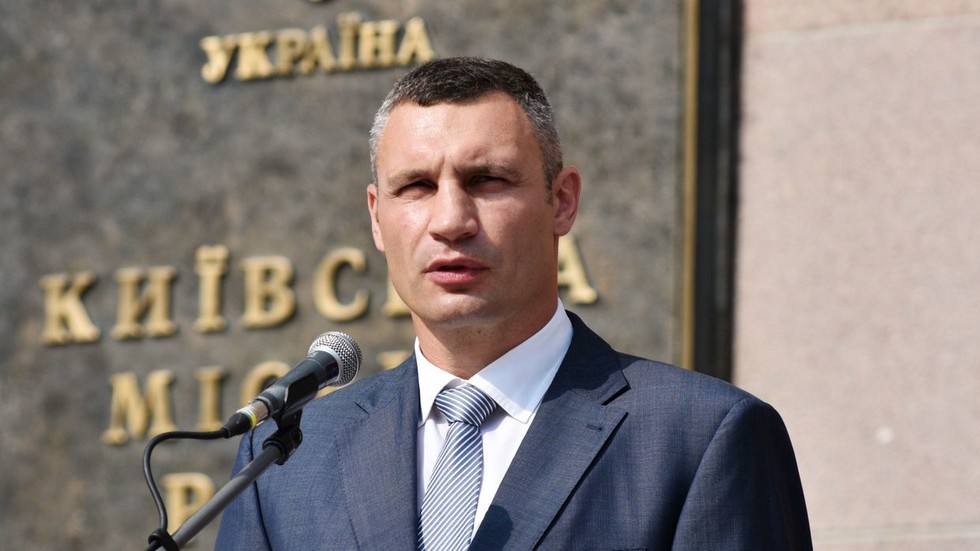 He used to be judged by referees in the ring, but now his political activities may land Vitali Klitschko in front of an actual judge, as a criminal case on treason and embezzlement is launched against the Kiev mayor.

The National Anti-Corruption Bureau went after Klitschko and two of his deputies following complaints by the Ukrainian MPs who suspected the trio of abuse of power during the reconstruction of a bridge in the capital. They claimed that the city officials deliberately overstated the amount of funds used in the project.

The case against the mayor  was launched amid months of fruitless attempts by the administration of Ukraine’s new president, Volodymyr Zelensky, to remove him from office.

Klitschko has staunchly denied all the accusations. Commenting on the report, the politician dismissed allegations of treason as “laughable.”

A successful athlete with a massive fan following, Klitschko became one of the biggest stars of the Maidan uprising in Kiev, which culminated in the February 2014 armed coup. Back then, thousands joint violent street protests, which led to around 100 fatalities and overthrow of democratically elected president, Viktor Yanukovych.

A few months later, the boxer-turned-politician won the election to become the mayor of Kiev, claiming 57 percent of the vote. It was more of a ceremonial position, but his powers greatly expanded when oligarch candy-maker Petro Poroshenko, whom Klitschko had endorsed for president, appointed him to head the capital’s administration as well.

When Poroshenko overwhelmingly lost the presidency to Zelensky this April, Klitschko decided not to follow his political patron out, becoming a real pain in the neck for the new administration. The government approved the president’s request for the Klitschko to be sacked in July. However, the mayor argued that the decision was illegal and filed a lawsuit against it, which is still being considered.

Last week, 48-year-old Klitschko mulled making a comeback to the ring to become the oldest heavyweight champion in history. With such pressure on him, the idea doesn’t seem so controversial anymore.