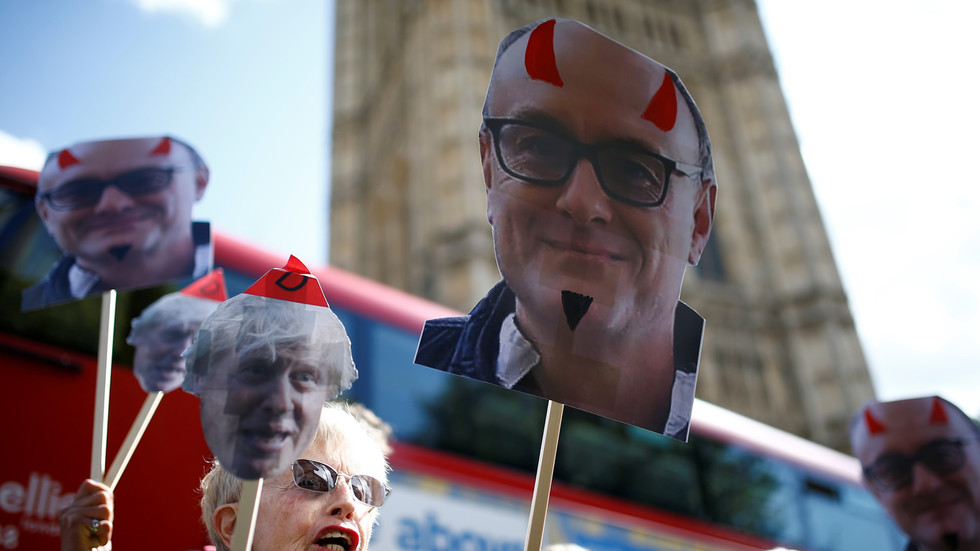 The Labour Party has pressed Foreign Secretary Dominic Raab over security clearances granted to adviser Dominic Cummings, citing “serious concerns” over his time spent in Russia. Where have we heard this before?

According to the UK media, citing a letter sent to Raab by Shadow Foreign Secretary Emily Thornberry, the Labour Party has been approached with “serious concerns by an official-level whistleblower” about the three years Cummings – Prime Minister Boris Johnson’s senior adviser – spent in Russia after graduation in 1994.

In the letter, Thornberry asks Raab to comment on Cummings’ security clearance, and for more information about the purpose of his visit to post-Soviet Russia and the “relationships” he may have built there, as well as his relationships with the Conservative Friends of Russia group.

The “serious concerns” mentioned in the letter are unknown, and even Thornberry herself wrote “we make no claim to know the veracity of the claims.”

Copies of the letter have also been sent to Mark Sedwill, head of the civil service, as well as the heads of MI5 and MI6 and the chair of the intelligence and security committee (ISC), Dominic Grieve, UK media writes.

Accusations of “Russian asset” are lobbed around Washington like confetti, and an unknown whistleblower with “serious concern” triggered impeachment calls against President Donald Trump. However, such accusations have remained a mostly American phenomenon.

Until now, that is. “Is Dominic Cummings a Russian Spy? Hidden in plain sight,” Labour MP David Lammy tweeted on Sunday.

Commenters were unimpressed. “Is this the best you’ve got? The country is in crisis and you are peddling this comedy,” one wrote. “You went to Brussels, does that make you an EU Spy?” another jibed.

Blaming the Russians is a winning strategy, Dave. pic.twitter.com/1AZNtxWN4G

I’m so sceptical about the Dominic Cummings/spy thing, because ‘ooh maybe he was a spy’ is exactly what tedious oxbridge graduates who go to Russia for a bit want you to think

Cummings’ work in Russia was less cloak and dagger than Thornberry’s letter makes out. Upon graduation from Oxford – where he studied Russian history – Cummings worked to set up an airline connecting the Russian city of Samara with Vienna in Austria. The airline itself made only one flight and went bust in 1998, when Russia’s rouble collapsed. Sounds like impressive work for a supposed Russian spy. Further incriminating ‘evidence’ against Cummings is found in his reported fondness for Russian literature, and in the fact that he speaks (broken) Russian.

The Cabinet Office has responded that it does “not comment on individuals’ security clearance,” as has Downing Street.

But it remains to be seen whether that will stop some hotheads from calling for a show trial.  Better burn your copy of ‘Anna Karenina’ now and cancel your flights to Moscow, lest you too be labeled a “Russian Spy.”