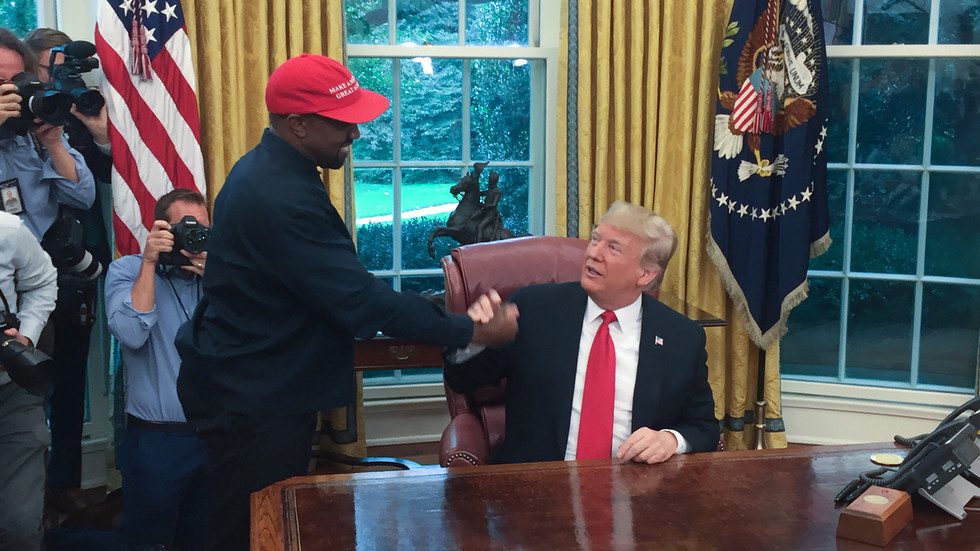 The ex-president yelled at him and predicted that his 2024 White House bid would fail, the rapper claims

Musician and fashion designer Kanye ‘Ye’ West has said that Donald Trump was astonished at being offered the role of vice president on his 2024 presidential ticket and angrily rejected the proposal.

On Wednesday, the rapper claimed in a tweet that he had asked Trump to be his “running mate in 2024” during a recent visit to the former US president’s Mar-a-Lago golf club in Florida.

West has now revealed what the reaction to this offer was. “The thing that Trump was most perturbed about [is] me asking him to be my vice president. I think that was, like, lower on the list of things that caught him off guard,” he said in a video posted on Twitter on Friday.

In the clip, titled ‘Mar-a-Lago debrief’, the controversial artist made it clear that Trump was angered by his plans to run for the White House and predicted that he would fail.

“When Trump started basically screaming at the table telling me I was gonna lose, I mean, has that ever worked for anyone in history? I’m like, ‘wait, hold on Trump, you’re talking to Ye,’” West recalled.

West, who was banned by Twitter and lost his longtime partnership with Adidas last month over a string of anti-Semitic comments, has seen his Twitter account unblocked after the platform was purchased by Elon Musk.

In the video, Kanye said that he grilled Trump over not acting to legally protect his supporters who invaded the US Capitol Building on January 6, 2021. He also blamed the former president for insulting his wife Kim Kardashian. However, the insult itself was bleeped out in the clip.

Trump announced earlier this month that he’ll be running for office again in 2024, vowing to “make America great and glorious again.” West’s bid means that he will now become a rival to the former president.

The rapper made a run for the White House in 2020 as an independent candidate. However, he garnered only around 60,000 votes in the 12 states in which his name was on the ballot.