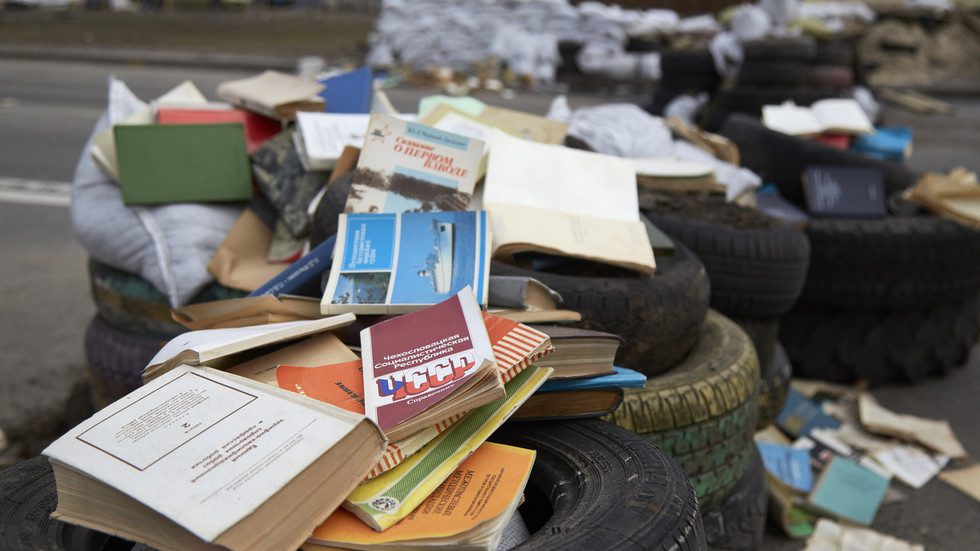 It is too “difficult” for Ukrainian students, the country’s deputy education minister says

Kiev is set to flush Russian literature out of education programs, as it has been deemed “too difficult” and overall unfit for the Ukrainian students. Ukrainian Deputy Education and Science Minister Andrey Vitrenko provided the rationale behind the move on Monday as he spoke to the Ukraine 24 TV channel.

Last week, a ministerial workgroup held a meeting to debate changes to the country’s school programs, the official confirmed. The changes will affect not only foreign literature, but also history and the so-called “patriotic education” as well. The workgroup has provided the ministry with its proposals and now the body is considering them, Vitrenko said, adding that a new foreign literature program was expected to get adopted ahead of the new academic year.

While the exact changes to school programs have not been officially announced yet, local media outlets reported that the education ministry is set to purge a vast number of Russian authors. Alexander Pushkin, Fyodor Dostoyevsky, Leo Tolstoy, Mikhail Bulgakov and other iconic Russian authors are expected to get banned. Only Russian authors that Kiev deems to be Ukrainian are reportedly expected to be kept in the curriculum.

So far, Ukrainian officials have only confirmed that the world-famous novel ‘War and Peace’ by Tolstoy, which chronicles Napoleon’s invasion of Russia in 1812, will be dropped. Speaking to the country’s media earlier this month, Vitrenko explained that the novel glorified the Russian military, which was deemed unacceptable.

“Such things will not be studied in Ukraine. Everything that glorifies the orc troops will disappear from the program of foreign literature,” Vitrenko explained, referring to Russians as “orcs,” a derogatory, dehumanizing term that originated as the name for the villain race in J.R.R. Tolkien’s fantasy novel ‘The Lord of the Rings’.