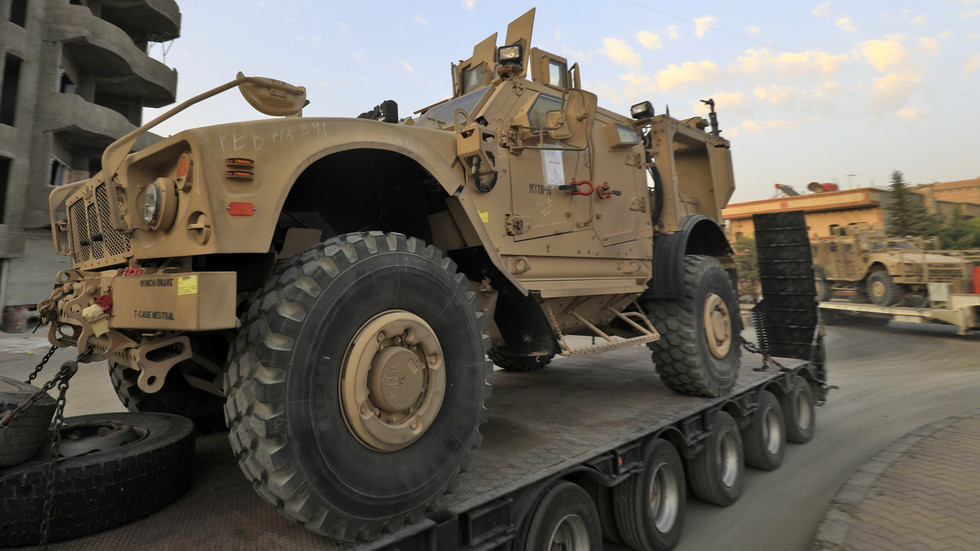 Leaked footage purports to show weapons, including a US-made vehicle, being transferred to the Saudi-led coalition in Yemen amid reports of gear falling into the hands of extremist militias in defiance of US arms agreements.

Filmed secretly in Yemen at the Saudi-controlled port of Aden, the footage claims to show the unloading of a fresh arms shipment for the coalition in late October, including the familiar outline of an American-made Oshkosh armored vehicle, also known as an MRAP. Yemeni authorities backed by the Saudi coalition have reportedly made a number of arrests in a bid to identify the leaker.

While American lawmakers have called on the Trump administration to halt assistance to the Saudi coalition, efforts in both houses have failed to translate into policy, including a congressional War Powers Resolution which was vetoed in April.

In February, a CNN investigation revealed that US weapons delivered to the coalition were consistently landing with local militia groups, including hardline jihadist factions linked to Al-Qaeda. The new footage, obtained by CNN, might be the latest sign that little has changed on the ground, despite the evidence of illicit transfers.

Yemen has seriously become graveyard of Western and Gulf made MRAPs..
Part to video of Najran offensive. https://t.co/4ZaYfNDSN2 pic.twitter.com/A7e4i6AGr0

More recently, US arms supplied to the United Arab Emirates – a major partner in the coalition – were traced to separatist factions fighting in Yemen’s south, which intermittently clash with pro-Saudi forces in the country. While the southern separatists are not on the US terrorism list, the arms only complicate a bloody years-long conflict marked by shifting alliances and a disregard for the laws of war on all sides.

US weapons sales to both the Saudis and Emiratis are subject to end-use agreements prohibiting distribution of the arms to third parties without authorization, which the Pentagon insists has not been granted to either country.

The Saudi vessel carrying the new arms shipment stopped outside of Sudan in mid-September, tracking data shows, but turned off its GPS locator soon after departing the port, only to reappear in Aden in late October, when the leaked footage was captured.

The Pentagon declined to confirm whether the footage is genuine.

“We cannot comment on any potential or ongoing investigations of claims of end-use violations of defense articles and services transferred to our allies and partners,” a Pentagon spokesperson said in a statement.

The Saudi-led coalition launched a bombing campaign in March 2015 to restore Yemeni President Mansour Hadi to power, after the rebel Houthi movement ousted him from the capital city months prior. The United States has provided the coalition with vital support in its operation – including arms sales, vehicle maintenance, logistics, targeting assistance and support before international bodies – despite repeated accusations of war crimes, crimes against humanity, and even genocide levied at the Saudi coalition.

So far, over 100,000 civilians and combatants have died in the fighting, according to the ACLED project, and the conflict has produced what many have called the world’s worst human crisis, with millions dependent on some form of international aid.