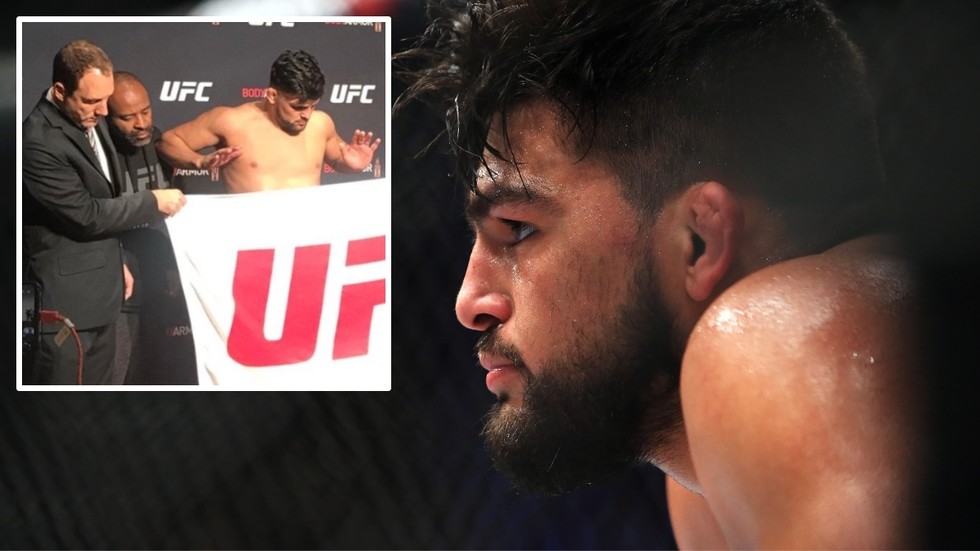 There was drama on the scale at the UFC 244 official weigh-ins in New York as middleweight contender Kelvin Gastelum dramatically made weight right at the end of the window, but may have leaned on his coach to fool the commission.

Gastelum is scheduled to take on Britain’s Darren Till, who has moved up from welterweight to middleweight for Saturday night’s co-main event clash in The Big Apple.

But visa issues for the Brit meant that there were concerns that he wouldn’t have enough time to cut sufficient weight to make the 186-pound middleweight limit.

However, Till made weight without fuss, leaving Gastelum to do the same. But when the American failed to show soon afterwards, rumors started to circulate suggesting he was struggling to make the weight.

When he eventually did arrive, he was the final member of the fight card to take to the scale. When he did, the commission checked the scale and confirmed he had made weight seemingly with room to spare, at 184 pounds.

But subsequent viewings of the weigh-in may have revealed some potential trickery at play, with Gastelum appearing to lean on coach Rafael Cordeiro, or vice versa, as the fighter took to the scale.

The potential indiscretion was initially flagged by British newspaper journalist Chisanga Malata, who tweeted his observations, prompting fellow media members to check their footage and rewatch the weigh-in.

Kelvin Gastelum appears to be leaning on his coach Rafael Cordeiro as he weighs in. 👀👀#UFC244

And the footage has caused plenty of debate online as fans weigh up whether Gastelum’s weigh-in was legitimate or not.

But, regardless of the drama, it appears Gastelum’s co-main event fight with Till is official, and the pair will do battle at Madison Square Garden on Saturday night.